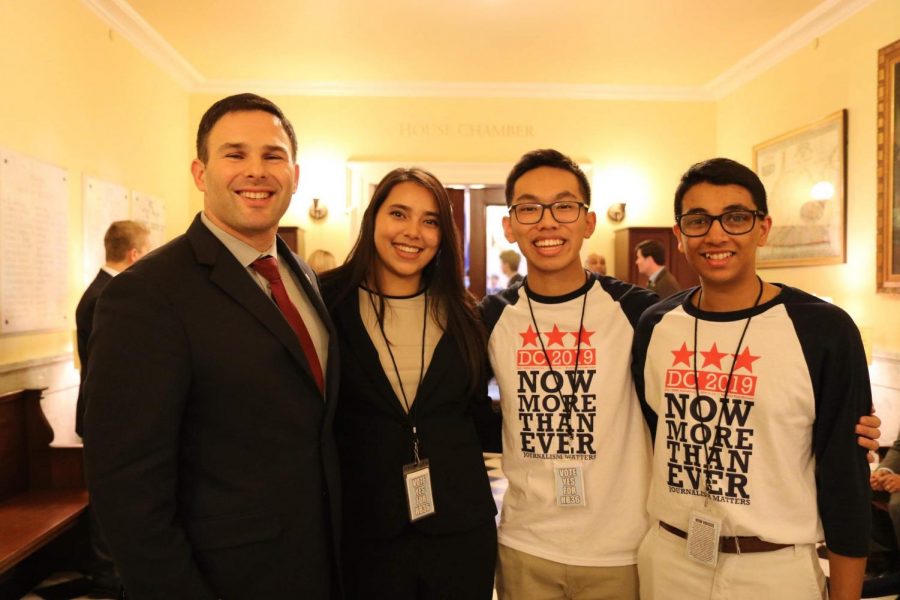 HB36 was introduced on Nov. 19, 2019 and patroned by Delegate Chris Hurst from Montgomery, VA. Thirty-two years ago, the U.S. Supreme Court decided in the Hazelwood v. Kuhlmeier court case that administrative censorship of student journalists did not violate their first amendment rights. Today, journalism students across the country experience censorship from administrators before posting important thoughts and opinions every day, which HB 36 aims to change. Luckily, Jefferson is one of the few schools that do not experience censorship and are free to publish what they wish.

Katiyar testified on the committee for higher education while the bill was being discussed. “It was fun to testify in front of the house subcommittee, because you’re seeing your advocacy turn into action.” Katiyar was introduced to the movement last year while taking journalism. “We did a lesson on new voices as it was about to be heard at the house subcommittee for the first time and I got really passionate about it because I have friends at Oakton that are student journalists and they have to have everything approved by their admin before they publish. I found that kind of surreal to me because at Jefferson we don’t have censorship.”

Along with testifying during committee, the three students talked with Legislators and their Legislative Assistants to raise support and awareness for the bill. “My delegate is Dan Helmer, so we went to his office to speak with his legislative aid because Del. Helmer was in committee at the time.” Ram said, “His legislative aid was actually a former TJ student and he really liked what we had to say. So he sent us to the committee room in the chambers where we were able to talk to him and pitch New Voices for Virginia to him and he took photos and thought it was really cool.”

Here at TJ, we have the freedom to publish news regarding controversial issues such as depression and the environment at our school.

“Although it wasn’t during my time at TJ media, we published Voices to the Victims, which tackled the very tough talk of the topic of sexual assault. And I think that story definitely had an impact on our community, and it’s definitely one that deserves to be heard. But under review may or may not have been published due to the tough content that it tackles. Bu sexual assault is something that happens and I think we need to acknowledge that it happens and talk about it, but some schools don’t want to do that and I think that is the best representative article of why New Voices Virginia is so important.” Ram said. Along with Voices to the Victims, issues such as the mental health print issue published last month would not be possible.

Passing the bill would not only allows students to voice their opinions freely throughout Virginia, but also secures the rights of schools who did not experience censorship as well.

“If there’s a change in administration there could be a change in policy, so right now is the potential to change.” Katiyar said. “I feel like New Voices would go a long way to helping all high schools across Virginia when it comes to protecting their rights.”