Jefferson senior competes at Who Wants To Be a Mathematician championships 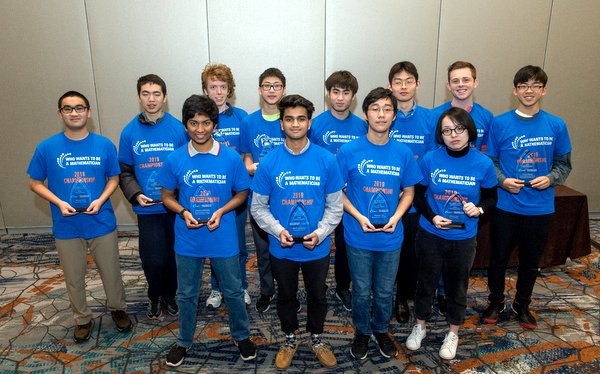 Senior Alex Chung placed 7th out of 13 finalists at the 2020 Who Wants To Be A Mathematician (WWTBAM) Championships , hosted by the American Mathematical Society (AMS) in Denver, Colorado on Saturday, Jan. 18.

“Other math team kids told me about the competition and I was interested because it’s a lot of free money. Aso it’s similar to MATHCOUNTS in that its solving hard problems in a short amount of time and I won Virginia MATHCOUNTS and had a good time,” Chung said.

“I was surprised when I qualified for the second time because [although] it takes skill [it] also [takes] some luck,” Chung said. “ButI was excited to be able to participate again because everything’s expenses-paid and I get to meet a lot of other cool people at the Joint Math Meetings there.”

Although Chung ultimately did not walk home with the $10,000 winning prize, he nonetheless believes that the competiton was a rewarding experience.

“I got to see my math practice give me real results like being able to represent the Mid-Atlantic region in this math competition,” Chung said. “I [also] learned the power these competitions [have] in motivating people to continue pursuing math at a high level.”