How tasteful is Justin Bieber’s “Yummy”? 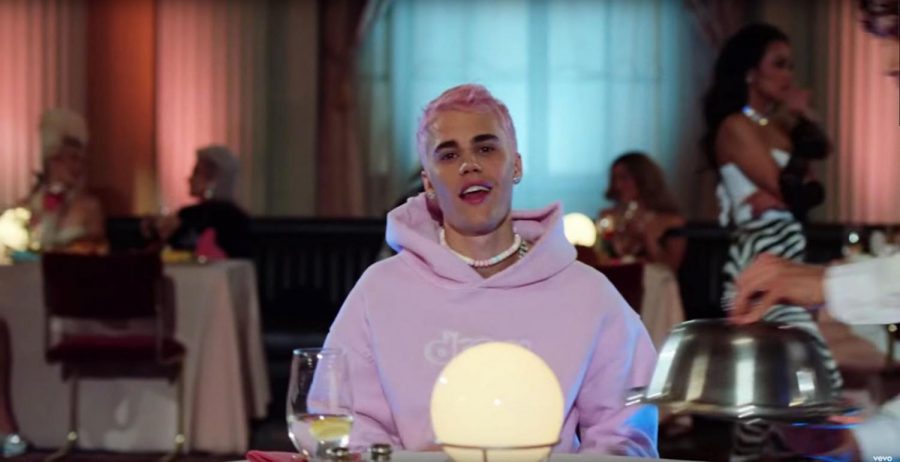 Courtesy of The Sun

With freshly dyed pink hair and a clean pink hoodie, Bieber sings along while dining in a fancy restaurant for the “Yummy” music video.

Catchy melodies and repetitive phrases have always gotten Justin Bieber very high on music charts nationwide. Once again, Bieber aimed to create a fairly short and memorable song with tunes that you can’t get out of your head. “Yummy” was first promoted and hinted at on Instagram, but as the release neared, Bieber took the liberty of using TikTok to advertise his new song. The song shortly caught on and became a frequently used TikTok song. The chart-topper is rumored to be about Bieber’s wife, Hailey Bieber, but nothing has been revealed.

The song does not follow a strong chord progression, aside from the chorus, but as it repeats and adds background vocals, the song introduces depth by effectively adding some echo. Bieber showcases his wide vocal range as he jumps to higher notes and voices over his lead vocals.

The verses seem to sound slower than the chorus, but each one sounds different, especially the bridge. The end of the song follows approximately the same rhythmic and melodic pattern as the beginning of the song, aside from the fact that they have added some new details to the ending to make the song sound complete. The song could’ve used some more variations in the melody (to avoid the song from becoming so repetitive) since the bridge offers a fresh melody that leaves you expecting something new, but instead you’re brought back to the chorus.

The song does not abruptly stop after the last chorus, but instead decreases in volume and begins to fade away. As the tune of this catchy song is heard by more young people or adults alike, the unforgettable melody seems to get stuck in your head, and is unable to escape.