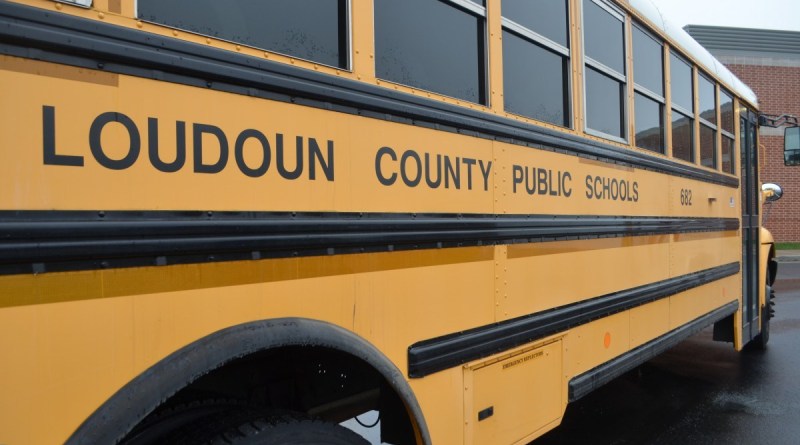 The LCPS school board reversed their previous decision, made by former board members, and will now continue to issue bus transportation for Jefferson students. The decision was met with relief from Jefferson students who would have faced inconveniences getting to TJ daily. “It's obviously much harder to collaborate on group projects and do fun things with your friends from school. It's harder for a parent to get up in the morning and drive to school, and combined with traffic,” freshman Niki Khare, who is from Loudoun, said. Picture credits: LoudounNow.

The Loudoun County Public Schools (LCPS) School Board decided to continue providing transportation to Jefferson and eliminate the enrollment cap for Loudoun students in a unanimous vote at the LCPS School Board meeting, held on Tuesday, Jan. 14.

In 2016, Loudoun began constructing the permanent Academies of Loudoun (a similar school aimed at training students in science and technology) building. After the building opened in 2018, support of cutting Jefferson ramped up.

“This discussion has been going on for a few years at least. The whole argument is cost but it’s also [about] how the Academies [of Loudoun] are starting off. Loudoun County wants to encourage more kids to come to the Academies instead of spending taxpayer money to send them to a different county,” freshman Niki Khare, who is from Loudoun, said.

The newly sworn-in members of the LCPS school board voted to reverse a spring 2019 decision that would have discontinued daily buses to Jefferson and imposed a 50-student cap on Loudoun enrollment for the class of 2024. The previous school board members saw that plan as a compromise between the ongoing debate of cutting TJ completely and keeping it as an option.

“Every year, their school board takes an annual vote. We have to remember school boards will say ‘we want to put this in our budget.’ Everything is always pending budget approval, but there was a unanimous vote. Those are nuances to think about as we’re celebrating the decision,” Jefferson principal Dr. Bonitatibus said.

If the decision had gone the other way, many students would find their futures at TJ at jeopardy or just be scrambling to find carpools.

“For a lot of people, the transportation decision might have really affected whether they would have stayed at TJ or not. But for me, and a lot of other kids as well, we were planning to keep coming to TJ – we were just worried about our parents getting us there,” Khare said.

Otherwise, it may just amplify problems they already face.

“A lot of us aren’t able to stay after school, to do sports or other stuff because our parents don’t want to have to pick us up. We don’t have activity buses. For me at least, I don’t really do much anything after school even though I would really like to, just because carpooling is difficult,” Khare said.

Unexpectedly, the lack of transportation would have threatened friendships as well.

“I met my closest friends on my Loudoun bus, simply because we spend three hours of our day together. The bus became my safespace, a place for me to cry from the stress or from laughter. We have secret Santa and tea spilling sessions and honestly the best part of our day [is] when we’re on the bus,” junior Jenny Abraham, who is from Loudoun, said.

The change in transportation was sudden for upperclassmen.

“I was worried about getting to school every day and staying in contact with my friends, who have varying schedules. I had to start thinking of possible carpools that would plague my senior year. Now that it’s back I’m so much happier and at ease about my last year at TJ,” Abraham said.

Another big relief about the overturn of the cap and transportation is how it would impact the school’s population as a whole.

“I’ve spoken to a lot of students who were wondering how they were going to get here next year. People were talking about how TJ might look different, with the cap coming from Loudoun,” Bonitatibus said. “This decision is important to us to keep us as a community. We have enjoyed serving Northern Virginia for many years since the beginning of TJ, [which is] important to maintain the feeling of family that we have here.”