The underlying toxic atmosphere at Jefferson 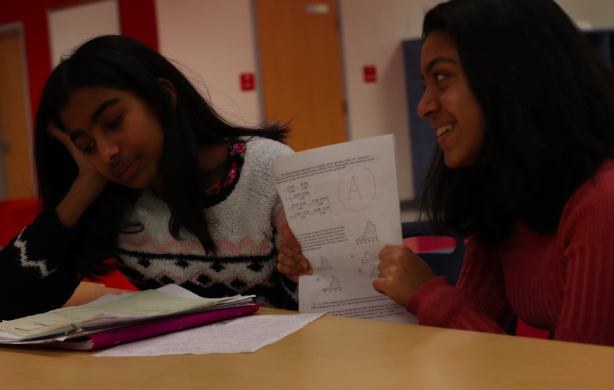 When I first came to Jefferson, I felt prepared. I had watched two older brothers come and go through Jefferson, and I felt as though I had a good grip on what was going to come.

What I didn’t expect at all, and what hit me like a wall of bricks, was the general atmosphere of this school. Right on the first day, left and right, students were comparing how many Advanced Placement (AP) classes they were planning on taking throughout high school, or bragging about what level of math they were taking, or asking each other what university they want to attend.

Right away, I got sucked in. At a school like Jefferson, it’s impossible to not have academics and grades constantly on your mind.

While I am just a freshman, I feel like it has already impacted me. The atmosphere has affected the way I think about things such as course selection, summer school, and every single test I take.

Within the first month, I found myself constantly checking my gradebook, frantically worrying about upcoming tests, and then fretting about the result of those tests even though it was out of my control.

I kept telling myself that I’m in this for the experience, that I shouldn’t be worrying about my grades, that I came to Jefferson to learn, but self assurance didn’t always help.

That’s the main problem. Even people who try not to care about their grades get ensnared in the same thing that everyone around them is thinking about.

It gets to the point where, as students decide their extracurriculars and what they want to get done in high school, they think: “What would look good on my college applications?” Not what they would enjoy doing.

That’s another huge issue. Particularly at Jefferson, students are neglecting their interests in order to pursue something that doesn’t interest them. High school is a time to explore interests, enjoy yourself, and find what you’re passionate about– not critically thinking about college.

At a magnet school like Jefferson, there will always be an excess amount of competitiveness and comparing grades. However, a lot can be done to alleviate this stress.

To a certain extent, an atmosphere like this is sometimes encouraged by teachers. It may not even be intentional, but announcing the class average on a test, or stating what grade someone needs to get on the final does nothing but encourage students to compare their scores, both to the class as a whole and other individuals.

A major factor driving this atmosphere is the parents. Right from a young age, parents push their children to pursue academics, get a certain GPA, and put a great deal of pressure on them to succeed at Jefferson.

When you feel like you’re getting left behind everyone else, simply take a deep breath. Your life isn’t ruined anywhere no matter what happens.

You decide who you are, and what you want to do here. As you continue here at Jefferson, don’t ever forget that.