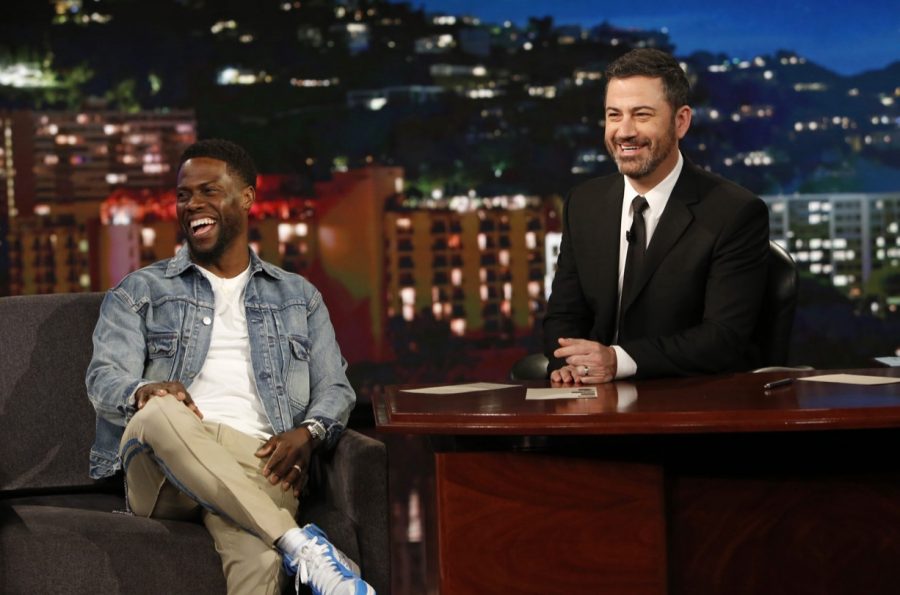 You’ve probably seen him boxing with Sylvester Stallone in Creed II or battling Chadwick Boseman in Black Panther. With his popularity skyrocketing in Hollywood, Michael B. Jordan joined Jimmy Fallon for The Tonight Show and was charismatic as usual. Aside from surprising Fallon with his mom’s special rum cupcake and sharing what it’s like on becoming an uncle, Jordan explained what it meant for him to shoot Just Mercy—a film about Walter McMillian, an African American wrongly convicted of murder and sentenced to death. Furthermore, Jordan mentioned what it was like working with Jamie Foxx and the chemistry between the two in shooting often dramatic and emotional scenes.

“As a black man in America, I felt a certain responsibility. You’re frustrated when you see all these things that are going on in the news and in the media, all these police brutality and you struggle with trying to find a way to make an impact. So I used my work and my platform to be able to produce this movie and put it together and tell this story.”
8. Trevor Noah (The Tonight Show Starring Jimmy Fallon)

One of the busiest men in comedy and a television host himself, it was surprising, yet entertaining to watch Trevor Noah on The Tonight Show with Jimmy Fallon. Known for his satirical spin on trending news events on The Daily Show, it was refreshing to watch Noah share his passion for stand-up comedy (a lifelong dream of his), mentioning what it was like touring Canada after the Raptor’s historic NBA Finals win and speaking to astronauts in space. But before he left, Noah shared his thoughts on the upcoming Democratic Debates and reflected what it meant being a talk show host.

“There’s so many things that happen in the news that we try and process in the moment, and I feel like, as human beings, we’ve lost the ability or are losing the ability to engage. You know, how do you engage in a topic that’s sensitive? How do you talk about issues that are bigger than us?”
7. Keith L. Williams (Jimmy Kimmel Live)

The funniest 12-year-old you’ll ever watch, Keith L. Williams has done it all. From cursing, stealing, and partying in his latest film Good Boys—a coming-of-age comedy following the crazy adventure of three sixth-graders—he’s here to share it all. Not only that, but Williams reflects on his rise to stardom and how his life has changed after starring in Good Boys, alongside Jacob Tremblay and Brady Noon. Humble and humorous, you better keep an eye on him because there’s no doubt Williams has a promising career ahead of him.

“I’ve gone to the mall so many times, and you’ll see either people come up to me and say, “Hi can I get a picture?” Or, I’ll be like looking around while I’m eating and then I’ll see 5000 of them just walk past me and then turn around and ask for a picture.”
6. Kim Kardashian West (The Tonight Show Starring Jimmy Fallon)

While the sight of Kim Kardashian West is enough to make some eyes roll, her appearance on The Tonight Show Starring Jimmy Fallon was both surprising and a delight. Kardashian introduced her new shapewear SKIMS and explained how she has enrolled in law school to be involved in criminal justice reform. From sharing the birth of her new son, Psalm, to explaining Kanye’s dream of buying a ranch and potentially leaving Los Angeles for Wyoming, there’s no doubt the past few months have been a roller coaster for Kardashian.

“Everyone around me used to always say, ‘Oh, my God. Your family is so crazy. If people only saw this.’ People would come up to me and be like, ‘Okay, no sitcom writer can write what this reality of your family is. Your stepdad will be your stepmom.’”
5. Will Smith (Jimmy Kimmel Live)

Seriously. Who doesn’t love Will Smith? An amazing, talented, and funny actor, Smith talks about his latest film Aladdin, and how he was actually terrified of playing the Genie and worried about how the movie would turn out. But aside from the film, Smith jumps all over the place with his mind blowing stories—driving through the desert in a range rover with the prince of Jordan and skydiving with his family for his 50th birthday over Dubai. With his never ending burst of excitement and energy, Smith never fails to make you laugh and leaves a night to be remembered.

“I’m waiting in the lobby and I’m standing by myself. A range rover pulls up and his highness is sitting in the driver’s seat. He goes, “Will, buddy, come one!” So I hop in the passenger seat and me and him just drive off.”
4. John Boyega (The Tonight Show Starring Jimmy Fallon)

Imagine losing the entire script to Star Wars: The Rise of Skywalker and then finding it on eBay the next day. Well, that’s exactly what happened to John Boyega. Here to promote the final film of the Skywalker Saga, Boyega shares the crazy tale of how he nearly spoiled the film while moving apartments and reflects on his favorite moments from filming the sequel trilogy over the years—including the emotional last days of filming The Rise of Skywalker. Funny and down-to-earth, Boyega absolutely killed it with his hilarious anecdotes from both on and off the set of The Rise of Skywalker.

You might know him as ‘The Rock’ from WWE or as Hobbs from The Fast and Furious franchise, and he’s back again but this time as ‘Smolder’ from his new film Jumanji: The Next Level, which stars Dwayne Johnson, Kevin Hart, Jack Black, and Karen Gillian. First buying his parents a new house, speaking on Hart’s behalf at his historic imprint ceremony at the Chinese Theatre, and now launching his new tequila brand Teremana, there’s no doubt Johnson has had a hectic year. With his hilarious impression of Danny DeVito in Jumanji, we can’t wait for more of Dwayne Johnson and his action-packed scenes in his upcoming film Jumanji: The Next Level.

“Kevin is so small and light, you had to get somebody to be pushing Kevin down to get his feet imprinted. It’s the first time I’ve ever seen that. The funniest thing is when he stood on [the platform], he finally reached 5 feet.”
2. Taylor Swift (The Tonight Show Starring Jimmy Fallon)

Crying over a banana? Well that’s exactly what happened to Taylor Swift after her laser eye surgery. Not only that, but Jimmy Fallon had the video clip for the whole world to see. Though mortified, Swift coolly played it off and mentioned other embarrassing stories, including how she once trended number one on Twitter after getting drunk at a party. Before leaving though, Swift introduced her new album Lover and teased what songs she might perform on Saturday Night Live. Funny, kind, and probably the most amazing person you’ll ever watch, we hope Swift will return for some more fun on The Tonight Show.

“I was at a party a couple months ago, and I had two-and-a-half mojitos and then the next day, #DrunkTaylor was like number-one trending on Twitter because I go from zero to legitimately thinking I’m a wizard within like two drinks.”
1. Kevin Hart (Jimmy Kimmel Live)

We all love Kevin Hart and his crazy antics, so it’s no surprise that he stands at the top of this list. From talking about his hilarious love-hate relationship with Dwayne “The Rock” Johnson to his unforgettable 40th birthday party, Hart constantly has the audience on their feet. In addition to promoting his latest film, Jumanji: The Next Level, Hart shared his incredible recovery from his near-fatal car accident and his recent Hand & Footprint Ceremony at the Chinese Theatre. Full of ‘Hart’ and one of the most genuine comedians out there, you know you’re in for a real treat with Kevin Hart.

“[Dwayne Johnson and Will Ferrell] are both not only good friends, but also men that I truly respect and admire. Those guys inspire me on so many different levels and to have the pleasure of calling those guys my friends, it’s unbelievable. They’re not just coworkers, or acquaintances, those guys are friends.”