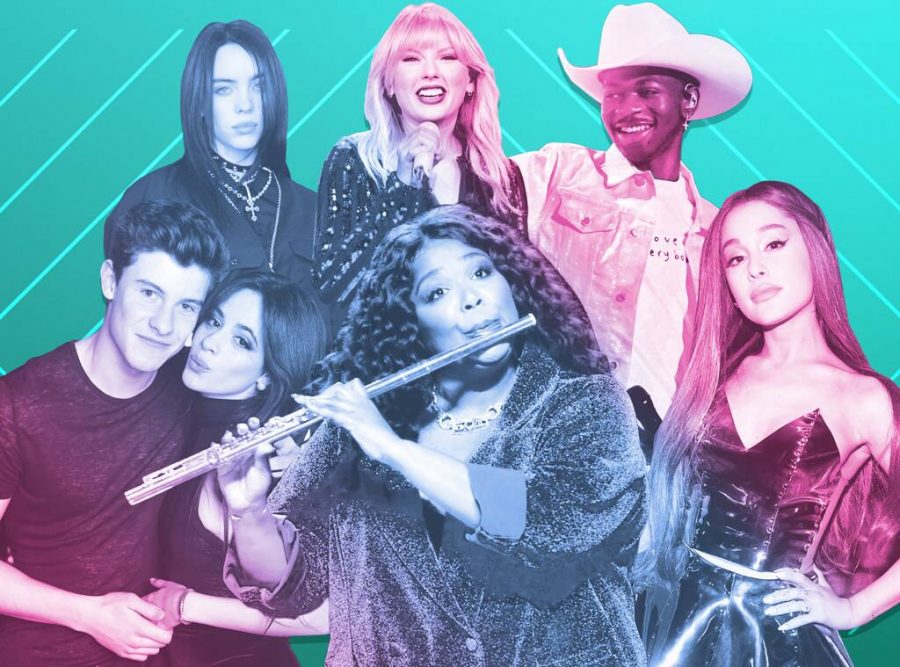 2019 was a big year for music, and an even bigger year for underrated music. From the comeback of several artists such as Cher Lloyd and Carly Rae Jepsen to the rise of newer stars such as Sabrina Claudio, the outcome was a plethora of underrated songs that made for great bops.
Nadie Como Tu – Amenazzy, G-Eazy
This song deserves to be all over the radio, because its catchy tune will hook anyone who listens to even the first verse. The lyrics of Amenazzy’s part scream party, or fiesta, as they are in Spanish. And as soon as G-Eazy comes in with his rap piece, it’s like another breath of fresh air for the listener. The song follows a while after the release of larger Spanglish songs such as “Despacito,” but overall provides a much more upbeat tune for the listener. Amenazzy is a rising Dominican urban singer, and this song is one to keep on repeat.

M.I.A. – Cher Lloyd
Cher Lloyd, the singer with hit songs such as “Want You Back” and “Oath” has finally made a much-needed comeback. Her sassy tone in “M.I.A.” not only fits her character but proves for a total bop. The song, almost 7 years after Billboard chart-topper “Want You Back,” is the perfect song to dance on top of your bed to. The beginning, with an almost electronic auto type voice sets the beat for the rest of the song, which stays true to Cher Lloyd’s past music. Her vocals seem to have matured however, creating an undeniable version of Lloyd.

Highway – Cheat Codes, Sofia Reyes, Willy William
“Ain’t no love on the highway, if you keep it in park on your driveway.” The lyrics, along with the music video, are bittersweet, telling a story in their own way with metaphors. Sofia Reyes and Willy William add their own latin touches with bits of Spanish added into the catchy chorus and electro pop beat. Cheat Codes has once again created a hit that, though underrated, matches up to the caliber of “No Promises” and “Only You.”

When I R.I.P. – Labrinth from the Euphoria soundtrack
“Euphoria” was one of the top watched teen shows in 2019, and along with an amazing show came an amazing soundtrack. This song, a standout by Labrinth, who took the liberty of singing multiple songs on the soundtrack, not only matches the mood of the show but also proves a mellow song to listen to when you just want to chill. The song plays multiple times throughout the season, with the first, most notable being the pilot episode where Rue’s extensive drug habits are being discussed. This song makes me want to run around to indie music with glitter around my eyes– as does the rest of “Euphoria.”

Raising Hell – Kesha, Big Freedia
“Raising Hell” is causing riots in the music world, and not just because it is the era where Kesha’s name doesn’t have a dollar sign in it. She is now fresh, free, unrestrained in her words and vocals. After her famous case against Dr. Luke for sexual assault, speculators questioned whether she would be making music again any time soon. Nevertheless, she is going on her “High Road” tour, based off of her “High Road” album coming out in 2020. “Raising Hell” is a single from her upcoming album that puts Kesha’s new “I don’t care” attitude into motion. Her words are powerful, energizing, and the best pick-me-up for the end of the week, or just a bad day.

Make It Right – BTS, Lauv
Lauv, singer of radio bop “I Like Me Better,” has collaborated with K-Pop global superstars BTS to create “Make It Right.” The song, containing both Korean and English lyrics, caught me by surprise as I never imagined enjoying a taste of K-Pop this much. Combined with Western music, my favorite part of the song is the hook, as Lauv’s smooth voice takes the lead to showcase the originally Korean song. This is by far the best collaboration for BTS, who recently won a Teen Choice Award for Choice International Artist. To listen to the top K-pop songs of 2019, click here.

Used To Love – Martin Garrix, Dean Lewis
Dean Lewis has to be the most underrated artist of 2019. His debut album “A Place We Knew” provided a nostalgic tone when combined with the acoustic vocals and bittersweet lyrics. Once again, he has delivered with his latest song “Used To Love,” which he collaborated with Swedish DJ and producer Martin Garrix on. His nostalgic tone carries through when matched with Garrix’s signature beats, staying true to both artists’ comfort zone.

OMG – Gryffin, Carly Rae Jepsen
After her 2011 hit “Call Me Maybe,” Carly Rae Jepsen has yet another hit. This song, a collaboration with renowned DJ and record producer, provides a new side to Jepsen’s vocals, showing her flexibility and reach. “OMG” accompanies several other hits on Gryffin’s debut album “Gravity,” but stands out with the upbeat chorus and lyrics. Gryffin, along with other big-name producers such as Illenium, definitely deserve more rep in 2020.

See The Way – The Chainsmokers, Sabrina Claudio
It’s no secret that the Chainsmokers had an extremely successful year in music. In fact, they were the highest paid DJ according to Forbes 2019. Consisting of Alexander Pall and Drew Taggart, the successful duo produced their hit album “World War Joy” in 2019, with stand-out song “See The Way.” Featuring Sabrina Claudio, 2019’s artist on the rise, the lyrics, though sad and melancholic, are relatable to anyone struggling through a hard time.

Teeth- 5 Seconds of Summer from the 13 Reasons Why soundtrack

All For Us- Labrinth, Zendaya from the Euphoria soundtrack

Listen to all of the songs above along with the honorable mentions in my Top 9 of 2019 playlist below: