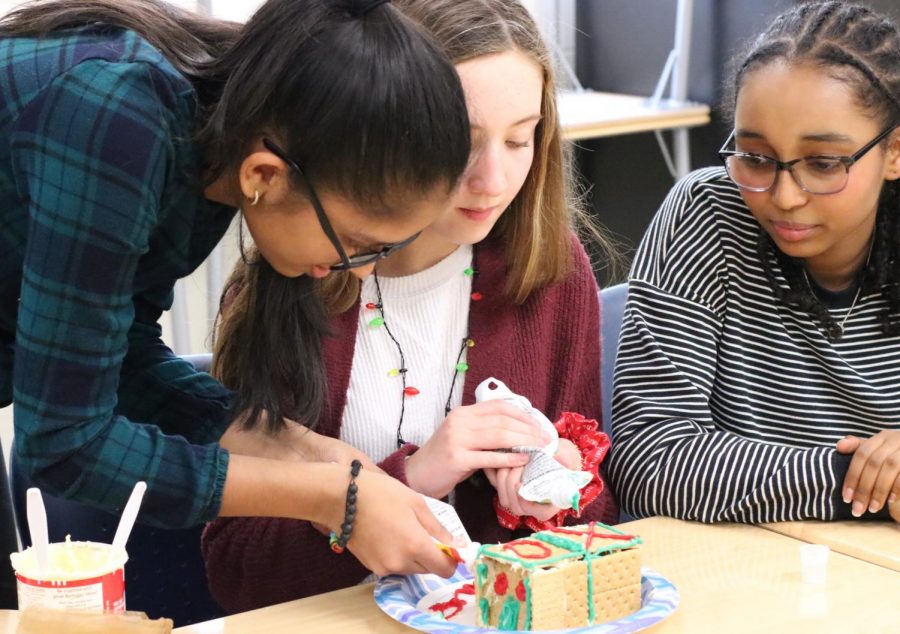 These students participated in Amnesty International’s ‘Write for Rights’ program, hoping to make a difference in advancing the progress of international issues, like freeing women’s rights advocate Yasaman Aryani from a 16-year prison sentence in Iran or petitioning the Canadian prime minister to ameliorate their mercury poisoning issue.

“Amnesty International puts together a list of cases where people have been punished unfairly: they could be innocent of their crime, or guilty of something the free world doesn’t consider a crime,” senior and current club president Nicholas Wilson said.

For this year, such cases include: Emil Ostrovoko, a teenager and one of around 15,000 people jailed in Belarus for petty drug offenses, Yiliyasijiang Reheman, persecuted as Uyghur Muslim and jailed by China, and Sarah Mardini and Seán Binder, refugee workers jailed and accused of spying, people smuggling and belonging to a criminal organization in Greece.

On the other hand, in order to attract students to the event, club members creatively paired letter-writing with holiday-themed events. While the Gingerbread Jailhouse is a staple event every year, the club hosted a new event this past Thanksgiving.

“We did something for Thanksgiving, [which was new this year] – we gave people donut holes and plastic pumpkins. It was still the same general idea of trying to get a bunch of letters together,” Wilson said.

Meanwhile, for the winter holidays, the club had students build a gingerbread jailhouse while writing a letter about the issue of their choice. Students used an assortment of sweets, from the graham cracker base to the drop of Hershey Kisses and M&M’s, and to the frosting that held it all together. However, this year the club recognized that more materials had to be ordered to match participants’ demand.

“We’ve gotten more graham crackers. You laugh, but we’d only have 2-3 crackers in previous years – very hard to build something major,” Wilson said.

With the new volume of letters from persuasive Jefferson students, Wilson, the club, and all the holiday student volunteers hope that they can make a difference. If nothing, however, some Jefferson students feel relieved with a stress-free way to leave school for the break.