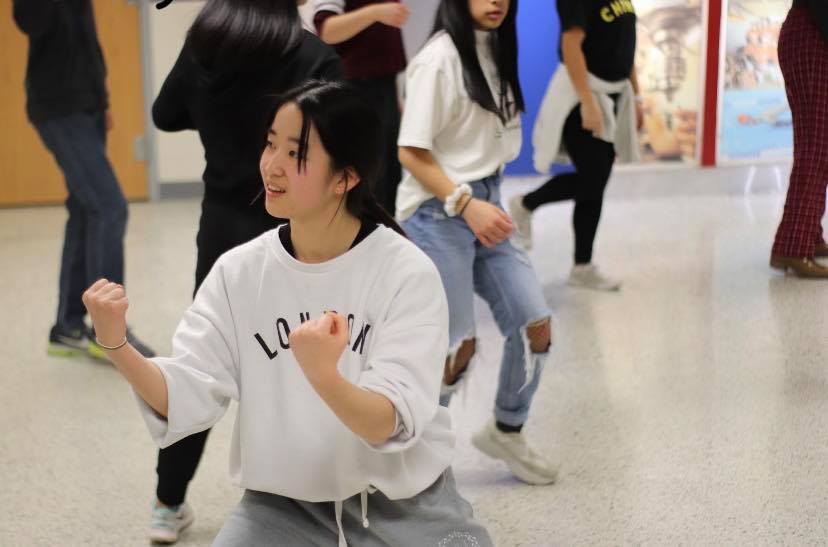 Urban Dance Movement (UDB) held its tryouts for iNite the week of Monday, Dec. 9 to Friday, Dec. 13. Tryouts took place daily during lunch and at 8th period on Friday, often in the auditorium, lobby, or Darwin commons.

Dancers chose to tryout for one or more of the many separate performances.

“There’s a girls, guys, advanced one, advanced two, couples, and there’s an everybody [dance]. The officers found a different time to teach each, some during 8th periods taught some during lunch. When we got closer to tryouts, about a week and a half before, they posted tutorials on the Facebook group,” freshman Amruta Rajeev said.

The UDB officers are a huge component in helping newer dancers learn choreography and participate.

“To prepare, I attended some of the lunch practices but I couldn’t make all of them. So I asked one of the officers to help me and I learned a whole choreo in 15 minutes by myself. Again, the officers are really helpful,” Rajeev said.

Apart from the officers, the overall community helps drive the group’s success.

“I would go to the teachings and then I would go home and practice that. I think the most important thing is I practice with my friends, so we just hype each other a lot,” sophomore Isabel Gan said.

This iNite, dancers in Urban Dance are looking to further challenge themselves with their performance.

“More than ever, we’re trying to push the envelope with the terms of the quality of our performances, so I think our choreography is a lot harder than it’s been in previous years. But all of us here are driven and committed enough, we’re willing to give it our all,” Uy said.

In fact, even with previous Urban iNites, their reputation precedes them.

“Urban’s reputation is really big, there’s like 300 people auditioning. It really scared me at first, I was watching videos and they seem super super good. It seems really daunting but it’s really not,” Gan said.

Although the reputation and style of dance itself initially drew in members, it’s the tight-knit community that keeps them together.

“When I first came, I didn’t know anybody but met a couple of people [who are] some of my dearest friends,” Uy said, “This year we’ve been trying to be more inclusive, to make sure everyone has an opportunity not just to keep dancing but to meet new people and connect with others because in urban, we dance, but we are able to build friendships and in the long run that lasts a lot longer.”