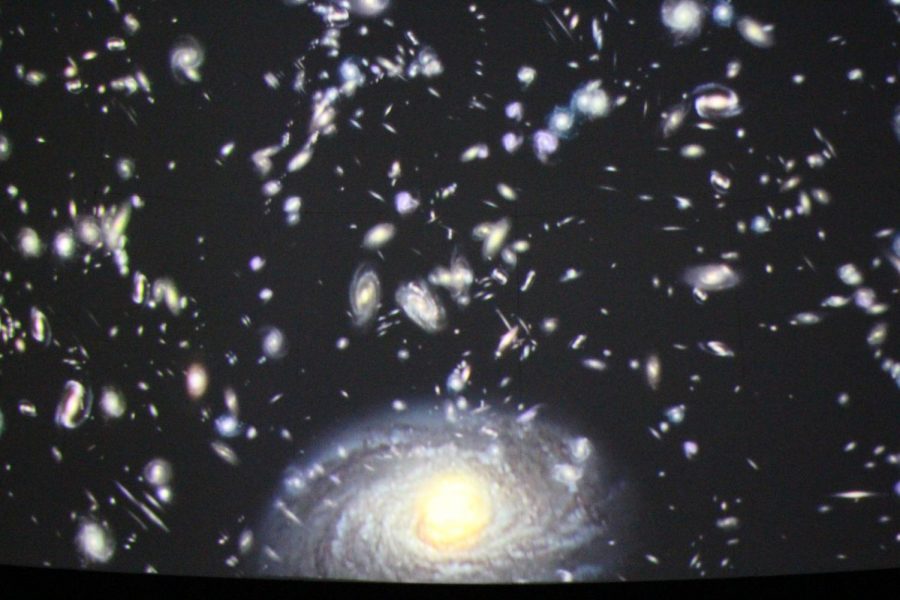 In “The Dark Matter Mystery - Exploring a Cosmic Secret” film, the history and mystery of dark matter was discussed. Students with different interests ranging from theoretical physics to astronomy attended the movie, held by Astronomy Club in the planetarium on Monday, Nov. 25.

A movie about the mystery of dark matter was shown in the planetarium on Monday, Nov. 25, 2019, during A and B blocks. This is the first year that an event like this has been held at Jefferson, and the event proved to be very popular, with it being full or nearly full both blocks.

The event was sponsored by Ms. Mills, the new director of the astronomy lab. She wants events such as this one to be something that each student, not just astronomy students, could enjoy. Students signed up for the event to learn specifically about dark matter or to see what the event had to offer.

“Well I enjoy learning about astronomy and theoretical physics and this was an opportunity to do so,” freshman Akshay Vellore said.

The short movie shown covered a wide variety of topics, ranging from particle accelerators to research labs in Italy. It provided an opportunity for students to expand their knowledge of the universe-specifically, dark matter.

“The event really gave me a chance to learn more about concepts of the universe that I find fascinating,” freshman Sanya Gupta said.

For other students, the movie built upon their existing knowledge and expanded it.

“I thought it [the event] was really interesting. I was interested in dark matter research before and this gave me a chance to learn more,” freshman Akshay Vellore said.

The event’s large turnout suggests that if given the opportunity to do so, students would enjoy attending events such as the dark matter mystery one.

“Honestly, I would recommend this event to everyone. It was really interesting, learning about the mysteries of the universe, and I would definitely sign up for an event like this again,” Gupta said.