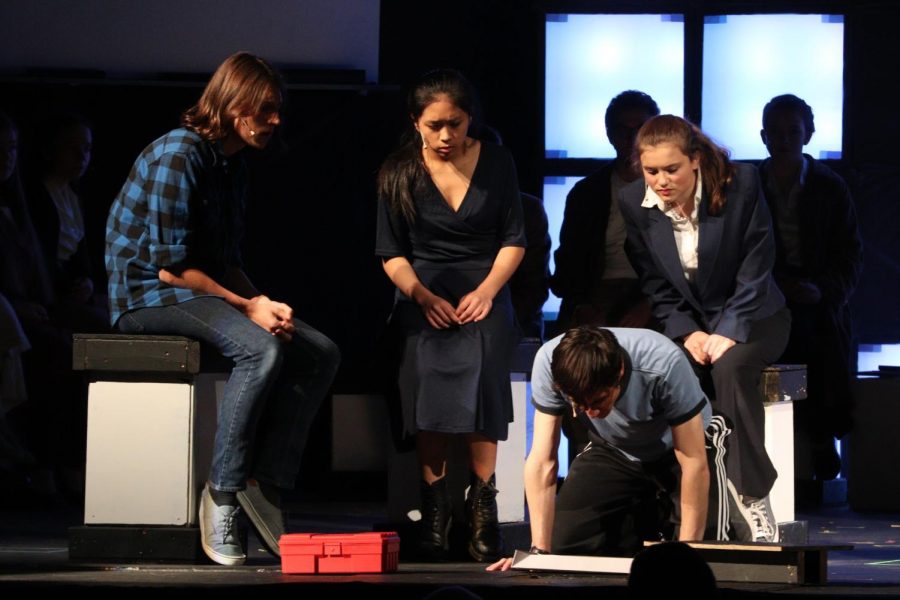 Jefferson drama had its opening night of The Curious Incident of the Dog in the Night-time on Thursday, Nov. 14.

Based on the best-selling novel, The Curious Incident of the Dog in the Night-time is the story of Christopher Boone, an ingenious boy on the autism spectrum who is accused of killing his neighbor’s dog. Christopher later starts an investigation to track the killer but uncovers secrets about his family in the process.

“My vision from the get-go was that we definitely want to tell where we wanted to tell this story as a way to allow audiences to see how Christopher Boone, who is the main character [and] is on the spectrum, views the world,” Andrew Reid, the director of the show, said.

Senior Joshua Mutterperl, who plays Christopher Boone, spoke about the unique aspects and how he ultimately decided to play the role of Christoper.

“The first thing I did was try to look at videos online of other people playing the character. And I realized that what a lot of what other people were doing was not exactly what I wanted to do,” Mutterperl said. “So I started kind of building a character from the ground up, I looked at a lot of websites and watched a lot of documentaries, detailing people on the autism spectrum, to kind of get an idea of some of the things that [I] can incorporate into the character.”

Along with the acting, the play also features various technological aspects including an LED wall equipped with blocks flashing different colors throughout the performance.

“It was definitely a fun process developing all of the LEDs and all of the electronics and all the projection work that went into it,” Reid said.

Although the presentation suffered due to a few technological issues, the cast nonetheless notes that they are satisfied with their opening night performance.

“I feel like opening night went really well. I mean we were a bit nervous as you always are on opening night. But there was a pretty good turnout, and we were very excited and pretty proud of what we were able to put on,” Mutterperl said.