Sadies to be Held in December 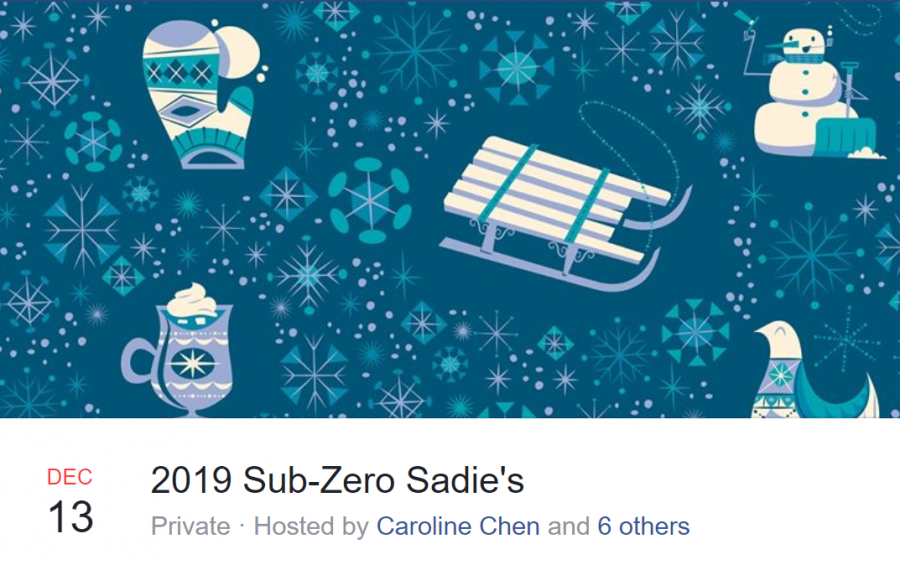 The Facebook page for this year's Sadies Hawkins dance.

2022’s Class Council will hold Jefferson’s annual Sadies Hawkins Dance on Dec. 13 this year, as opposed to in the month of May, as has previously been done.

The Sadies Hawkins Dance at Jefferson usually does not have as high of attendance as the other dances, and the sophomore class council attempted to change this by moving the timing to December and promoting it with the new theme of “Subzero Sadies.”

“We decided to host Sadies in December because after winter break, there are end of semester finals and during April and May, people are busy preparing for AP tests, SOLs, and finals,” sophomore class president Caroline Chen said.

Furthermore, a December date for Sadies also provides Jefferson students with a dance in the winter, which previously did not have a dance.

“I actually like moving it to December, because TJ has never really had a major winter dance,” senior Alexa Bailey said.

Askings, a favorite part of Sadies throughout the student body, are highly unlikely to be affected, along with other factors such as budget and fundraising.

However, the class council plans on making the dance less formal by adding other events for people as they take a break from dancing.

“Hopefully, Sadies will bring the class, and our school together, and people will enjoy the event,” sophomore class treasurer Michelle Du said. “Because we’re putting a lot of hard work into it, we really hope it pays off.”