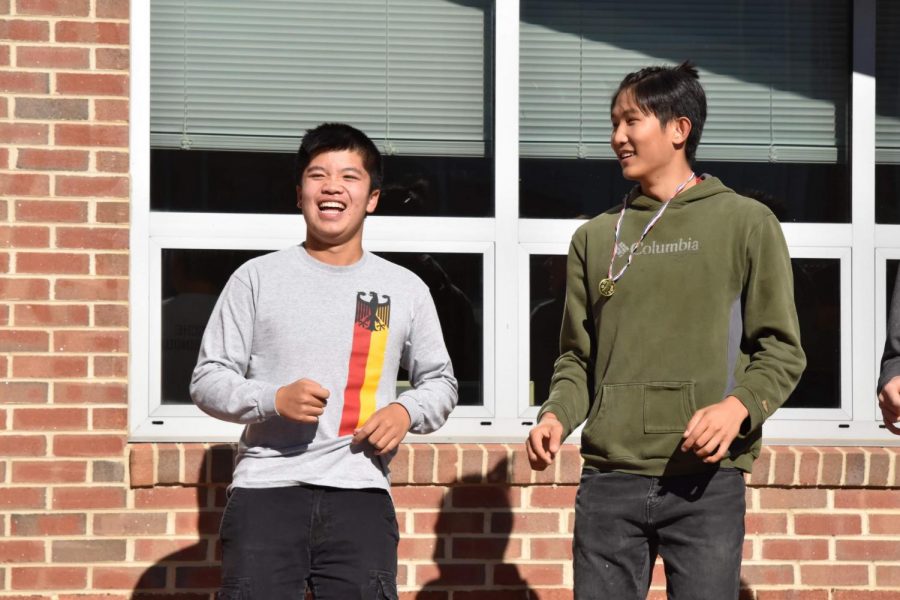 The annual Oktoberfest celebration was held by German Honor Society on Wednesday Oct. 23. Running both blocks in the amphitheater courtyard, the event was a way for students to appreciate German culture as well as take some time out of their busy lives to just relax.

The event featured authentic German food such as bratwurst. German music played in the background as students danced along.

“The best parts of Oktoberfest were getting to interact and talk with the German exchange students and the food,” Dixit said.

The real Oktoberfest is a folk festival traditionally celebrated in Munich, Germany and features parades, activities, and food. It runs for over two weeks, although Jefferson’s runs for just two blocks. Senior and Co-President Kevin Chung compares Jefferson’s replica of the German festival.

“[The German exchange students] still made the most of it even though it was extremely underwhelming compared to their normal Oktoberfest,”  Chung said.

Although the event was largely a success, German Honor Society members did encounter a few problems in planning this year’s event.

“This year’s event had a lot less food than previous years because fewer people signed up to bring food. But we’re looking into improving that for upcoming years,” Chung said. “We’re going to communicate to everyone earlier to sign up for food and volunteer spots.”

In addition to less food, the officers this year had less time to set up for the actual event, due to schedule changes in the German department.

“Another reason this year’s was not as good as last years is that the German teacher now has a 7th period class and we have a shortened break, so we only have 5 mins to set up,” Chung said. “Last year the teacher could do some preparation during 7th period.”

Despite these shortcomings, the over 50 students who celebrated Oktoberfest had a great time as they sang and danced to the German Honor Society’s celebrations.