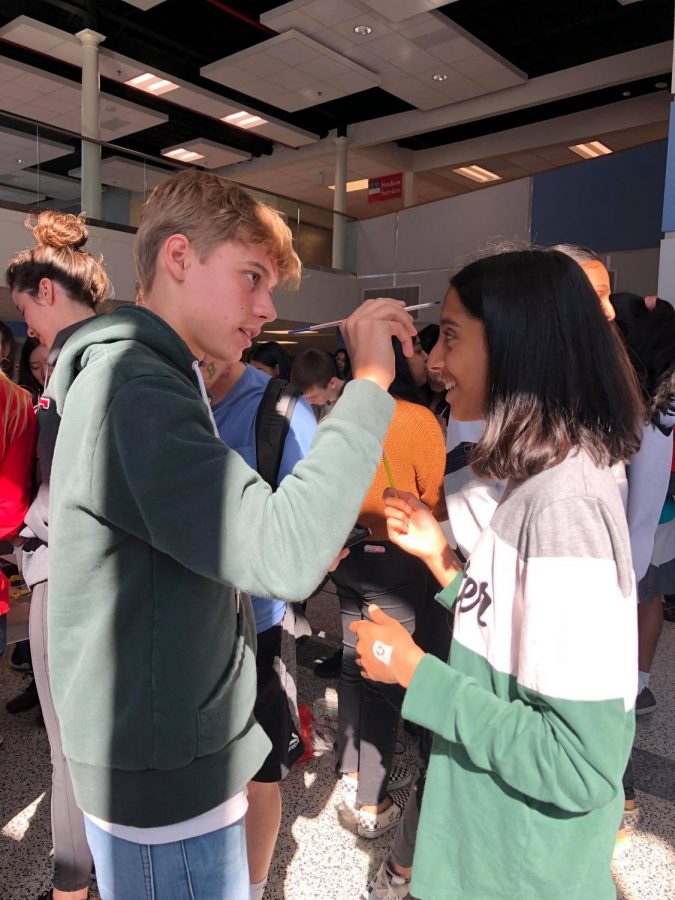 The National Art Honor Society (NAHS) held a face-painting competition during lunch on Monday, Oct. 28, to garner interest in prospective members and put the school in a Halloween spirit.

NAHS is a student organization at Jefferson dedicated to getting students involved in the arts community. Because the prerequisite for becoming an NAHS member is taking an art course at Jefferson, one of the main goals for the society is to encourage more students to enroll in art classes.

“If you think of art at [Jefferson], you normally think of the art club. However, we also wanted to expand that to our National Art Honor Society because one of our prerequisites is to have taken an art class at [Jefferson],” senior Kathy Li said.

The members of NAHS have been holding school-wide events as a way to bring the organization to the students’ attention.

“In order to boost [interest], we’ve been trying to do more events like the face painting. We might have other ones in the future as well, like bake sales or selling stickers or shirts. That way people [will] actively know about [NAHS],” Li said. “Also, we have our gallery and social media to try to increase the involvement of people.”

“In the past we did face painting for J-Day, so we already had the materials for it. In the future, maybe we’ll charge $1 or something to raise money,” Li said.

With numerous students participating in the face-painting contest and letting their creativity flow, NAHS considers their mission to be a success.

“I wasn’t expecting that many people but I am glad that many showed up,” Li said.