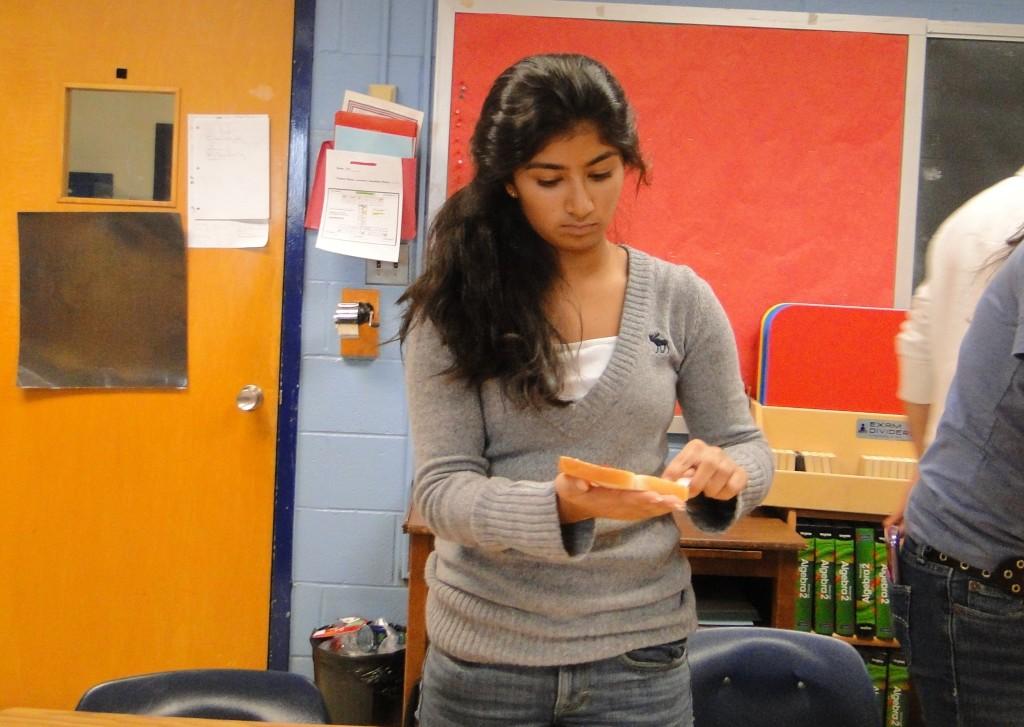 Members of the Persian Club gathered to make sandwiches for the homeless at Martha’s Table in Washington D.C. on Nov. 19.

Persian Club, which meets during eighth period on Mondays, raises awareness about Iranian culture and society through various activities such as debate and dance. In addition to spreading awareness about Persian culture, the club also participates in community service activities, such as the sandwich-making activity.

Students were first given a taste of the Iranian culture on Oct. 22 when they watched a video clip starring Maz Jobrani, a famous Iranian comedian.  The video explained the difference between Arabians and Persians.

In addition to the video clip, students also watched, “Iranian Moms and Tomato Juice,” another comedy featuring an anecdote about a stereotypical Iranian mother.

This year, the students will not only be watching a series of entertaining videos, but will also be taught how to play a variety of traditional Iranian games, like Hokm. The students might even create a skit based off of a popular Persian story.

“I really like it because I’m Persian, and it’s interesting to meet other people who are Persian. I also like bringing my friends and showing them my culture,” said sophomore Pegah Moradi.