Jefferson AP Spanish students went on a trip to the Kennedy Center to see a play, educating and immersing themselves in Spanish culture and language. 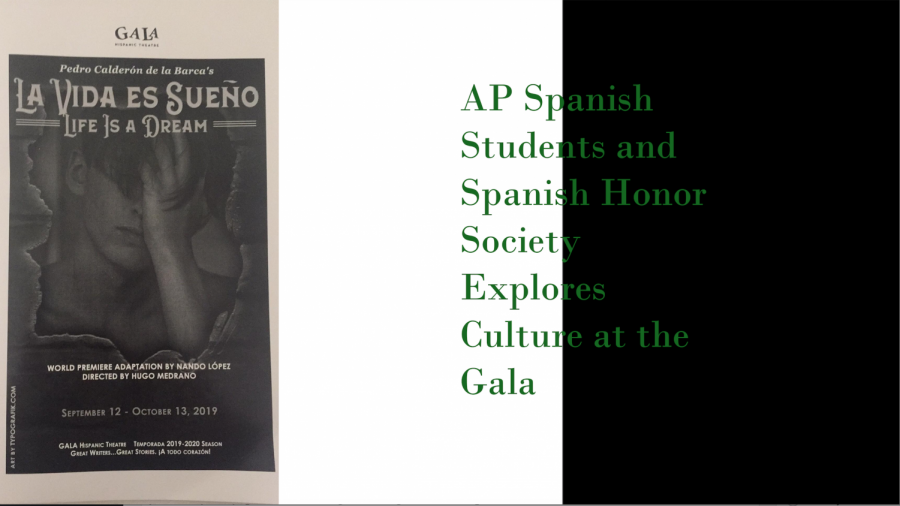 Junior Riya Boyapati holds a playbill from the performance, “La Vida es Sueño.” The two-hour play is performed entirely in Spanish and explores the themes of free will, fate, and loyalty.

The play translates to “Life is a Dream.” An event called gala, the play entails a series of productions in Spanish for Hispanic representation at the Kennedy Center. Overall, it was both an entertaining and educating experience for AP Spanish Students.

Although the play was written in Spanish, the themes and topics it explored can be applied beyond the Spanish classroom. In class, students do numerous audio and listening comprehension activities. The play was meant to be a demonstration of how well the students could listen to and comprehend Spanish in a more advanced and demonstrative setting, and afterwards, students were required to write a reflection on the play in Spanish.

“The Spanish was a little bit difficult to follow along because the play language was very fast and complex, but I thought the play production, the set, and the actors were all very interesting to watch,” junior Riya Boyapati said, sharing her thoughts on the experience.

In addition to being an enjoyable performance, the play was a great learning opportunity for the students to broaden their Spanish vocabulary and knowledge of hispanic culture.

“It really helped being able to see everything visually as they were speaking, which is something we don’t get a chance to do as much in the classroom,” Boyapati said.