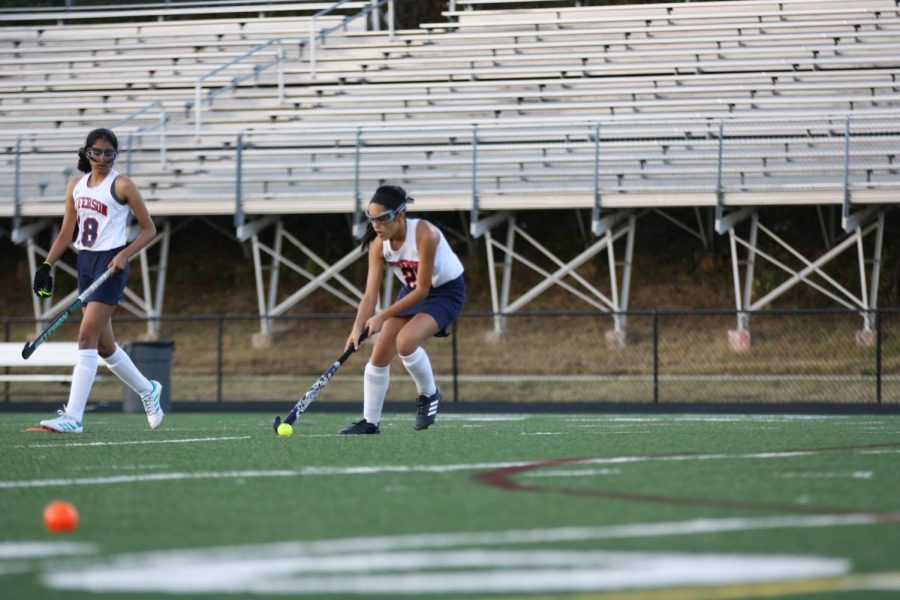 Jefferson players warmed up and practiced for an hour before the game even began.. “I am proud of my players, each and every game. They go out there and give it their all, regardless of the opponent we are competing against,” said Coach Brittany.

“They [West Potomac] were able to get across the field quickly, so that more than half the game was on our 50 yards. It made it hard for us to score,” said freshman Kalagee Mehta.

While Jefferson’s JV team began with people who had various skill levels in field hockey, they continue to grow as a team. However, their opponents from West Potomac high school were far more practiced in the sport. A testament to their prowess, West Potomac was undefeated that season.

“We’ve been doing so-so as a team so far, like we’ve won a couple games, we’ve lost a couple times, we’ve tied. But [this] last game had a really hard team. Our coach was telling us about how all the girls had a lot of experience, compared to a lot of us who had never touched a [hockey] stick before our first season,” JV captain Nora Fareeha said.

West Potomac started out the game by surprising the Jefferson team by scoring a goal within the first minute. This caused many Jefferson players to feel far less confident in their team.

“Our coach will normally tell us if a team is very experienced or not that good,” Mehta said. “Normally if she tells us a team is better than us, we will play more aggressively because we want to do well. But when they scored in the first few minutes, our confidence was thrown off.”

“Tuesday’s game was a tough one, but the JV team progressed and had amazing moments – like getting a shot on goal, having an offensive corner and playing in the offensive zone,” said Coach Brittnay.

Despite this defeat, the team plans on keeping up their positive attitude for the rest of the season, just as they have for all previous games.

“We just go in with a good mindset, ready to just play our hearts out,” Fareeha said. “[We] let whatever happens happen and see what we can learn from that.”