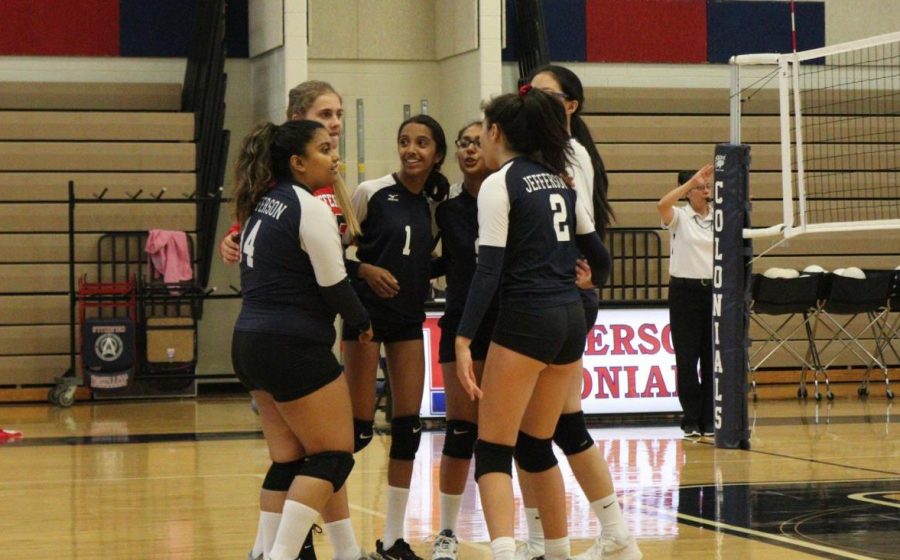 Huddling after tying the Warriors 25-25, the Colonials celebrate and prepare for the next point.

Jefferson’s freshman volleyball team fell to the Wakefield Warriors in two sets during their home game on Sept. 26. They now hold an overall season record of 2-6.

The first set started with both teams exchanging points on missed service attempts. The Warriors eventually were able to score consistently and won the set 25-13.

“I think we played well against Wakefield and everyone on our team worked hard and played aggressively,” captain Kritika Kumar said.

The Colonials will face the Thomas Edison Eagles this Thursday, Oct. 2, and Kumar is hopeful for more favorable results.

“I hope we win a few more games, but my end goal for the season is that everyone gets better at volleyball, and there is a lot of improvement,” Kumar said.