Creating the next great technologies – during 8th period 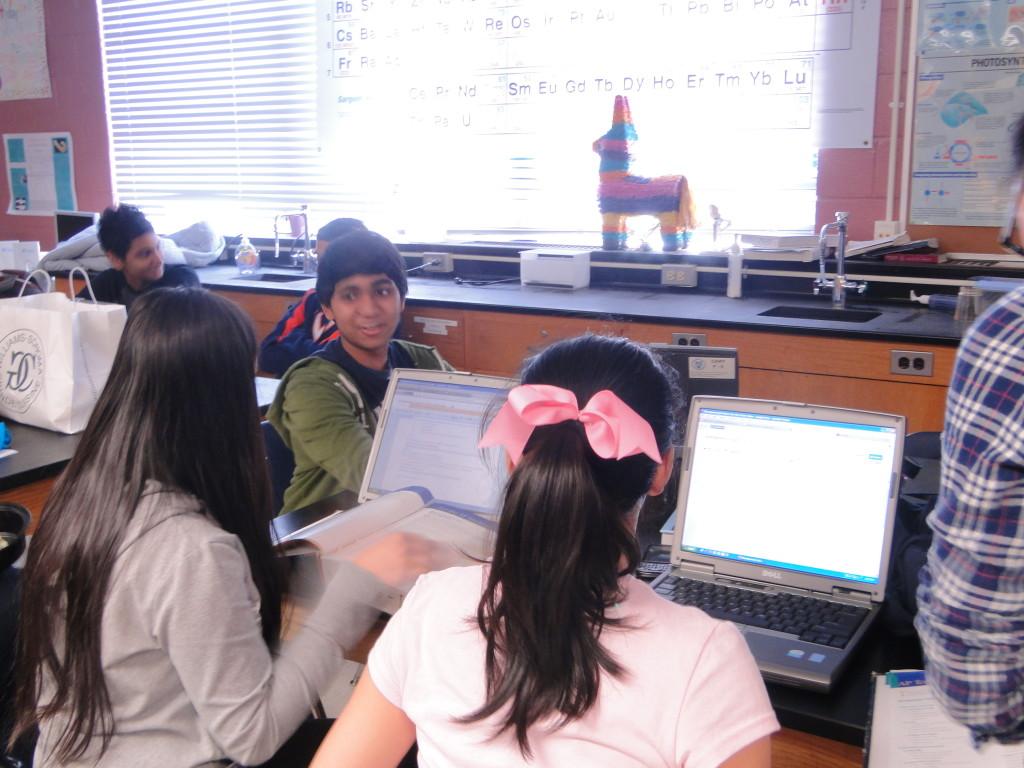 Students sit together in their groups, brainstorming different ways to assist people with various diseases and conditions. Unlike most science clubs at Jefferson, Bioengineering Projects for the Future focuses not on lectures and exams but on creating the next great technologies.

This club, which meets every Friday A block in eighth period, is dedicated to the Toshiba ExploraVision competition. ExploraVision is a national science competition where teams of two to four students plan a new technology that can be implemented in 20 years. It includes two phases. The first phase is writing a research paper proposal at the regional level.  The second phase, at the national level, includes the creation of a website and graphics to showcase the proposal for a wider audience.

“It’s definitely a creative process,” co-historian Heather Lukas said. “Creating an idea is the hardest part, and then there’s a lot of research on present technology and ways to develop it.”

Last year, Bioengineering Projects of the Future had two regional winners in the 10-12th and 7-9thgrade divisions and three honorable mentions. Projects included stem cell therapies to treat eye disorders and a bandage that prevents scarring. This year, 13 teams of freshmen and sophomores are participating.

“There’s a lot of science clubs in Jefferson, but this club is more engineering and using creativity to apply science to new technologies,” said Biology teacher Sonia del Cerro, who sponsors the club.