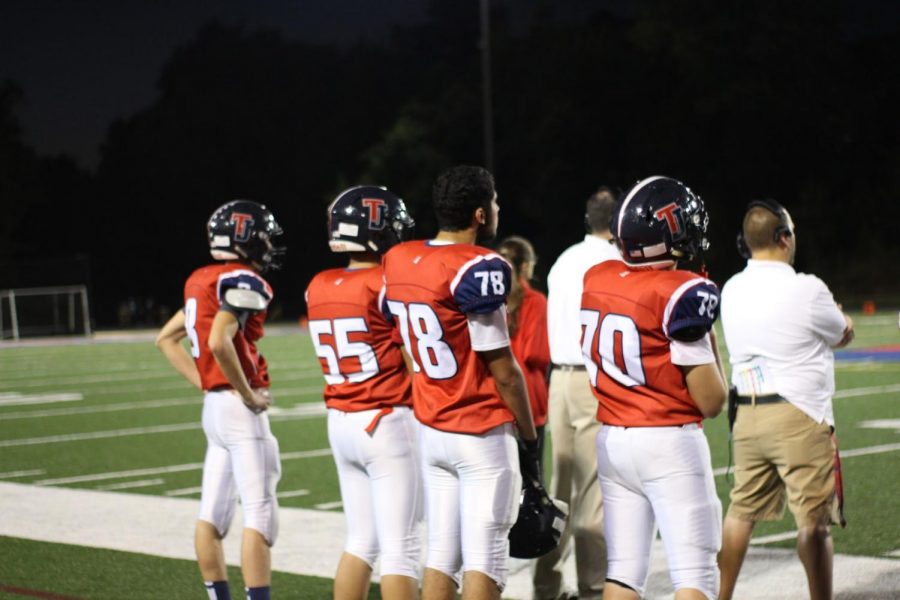 Standing on the sideline, a group of players intensely watch the game

After both teams exchanged touchdowns in the first half, the Colonials retook the lead on a kickoff return into the end zone by Neel Mandapati (21), and didn’t relinquish the lead after that.

“After the first half ended and we got the kick return touchdown is when the game really turned in our favor,” running back and defensive lineman Niko Economos (5) said.

The win comes after the team’s 32-21 Back-to-School-Bash loss. They will play against the Hampton Roads Generals this Friday, Sept. 27 in the Homecoming game.