Not having a separate senior BC class impacts learning environment 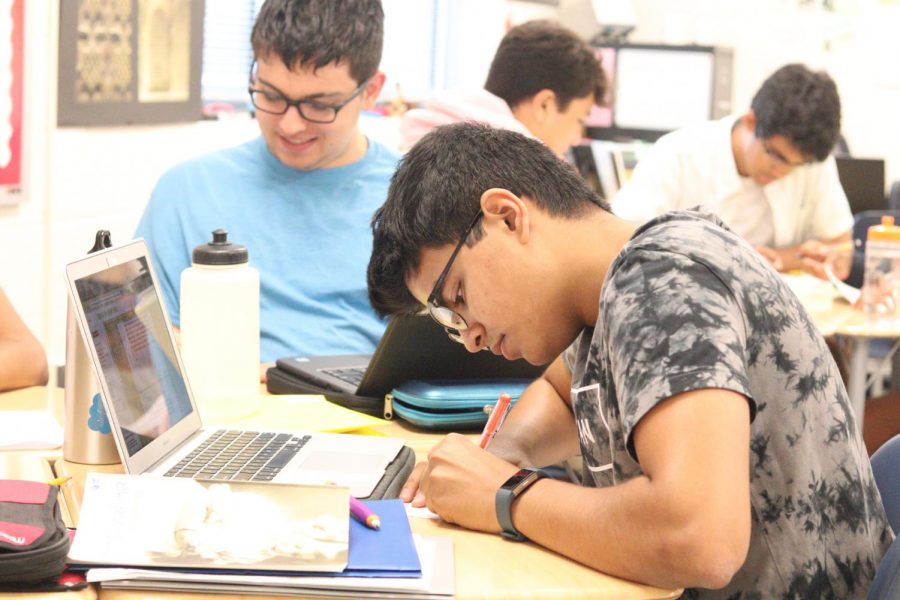 In a mixed grades BC class, a student works on his math classwork.

For the first time in six years, there is no separate Senior BC Calculus class.

Senior BC is an unofficial separate class for seniors taking BC who have already taken AB. This class allows teachers to quickly review material already learned in AB, or the first part of BC, and focus more on the second part of BC, giving students more time to practice and understand new concepts. Teachers saw improvements in student success since this concept was implemented.

“When we get to the new and challenging stuff, it’s not that they can’t do it, but wouldn’t it be great if they had more time to practice? Now they don’t because we spent this other time [on reviewing previously learned concepts],” BC Calculus teacher Michael Auerbach said.

For next year, the Math Department has proposed an official course for students who would like to take BC and have already taken AB. This  proposal is still in process for review and has not yet been approved.

“I just think it’s [Senior BC] a good opportunity with 70% of the content being a repeat. Other schools don’t have as many students in that situation, so it really would be hard to schedule it at other schools, but since we have a lot of people taking calculus before senior year, we do have that opportunity,”  BC Calculus teacher Marianne Razzino said.