What time is it?

It’s time for “High-School Musical” (HSM) to return with a revival series, played by a cast representing the new generation. 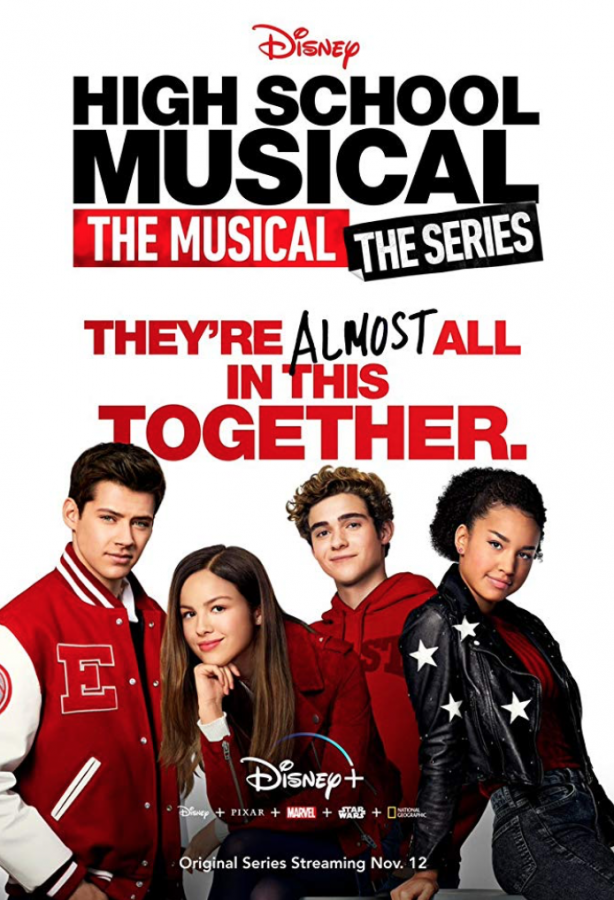 Finally hearing the cries of “HSM” fans, “High-School Musical: The Musical: The Series” is scheduled to release Nov. 12, along with the debut of Disney+. The 10-episode long series entails a modern-day spin off of the 15-year-old “HSM”: filmed as the students of East High-School where the original “HSM” takes place, Miss Jenn, the drama director, leads the students in staging a production of “HSM.” Little does she know the drama that is about to take place behind the scenes.

As seen in the trailer, this series is shot in a “mockumentary” style, complete with drama and comedy. Unsurprisingly included is a love-triangle: Ricky, the typical class-clown, used to date Nini, who is auditioning for the role of Gabriella. Hoping to win her back, Ricky auditions as Troy; however, Nini’s new boyfriend, E.J. Kaswell, also auditions for Troy. When the cast list is posted it is discovered that Nini will be playing Gabriella and Ricky will be playing Troy, obviously causing trouble for Nini and E.J. Also angry is Gina, who has been cast as the understudy for Gabriella. Known as an entitled diva with viral Instagram videos of herself singing, she poses as an intimidating figure in Nini’s life, who is used to living in the shadows. Other prominent characters include Kourtney (Nini’s best friend), Big Red (Ryan’s best friend), and Carlos (the choreographer).

Not only introducing the world to a new generation of “HSM,” this show makes several strides in equality including Nini having two moms, and a male character being cast for the role of Sharpay. Overall, the series trailer proved to be a pleasantly unexpected deviation from “HSM,” but only time will tell if this show lives up to the high-standards of the original “HSM.”