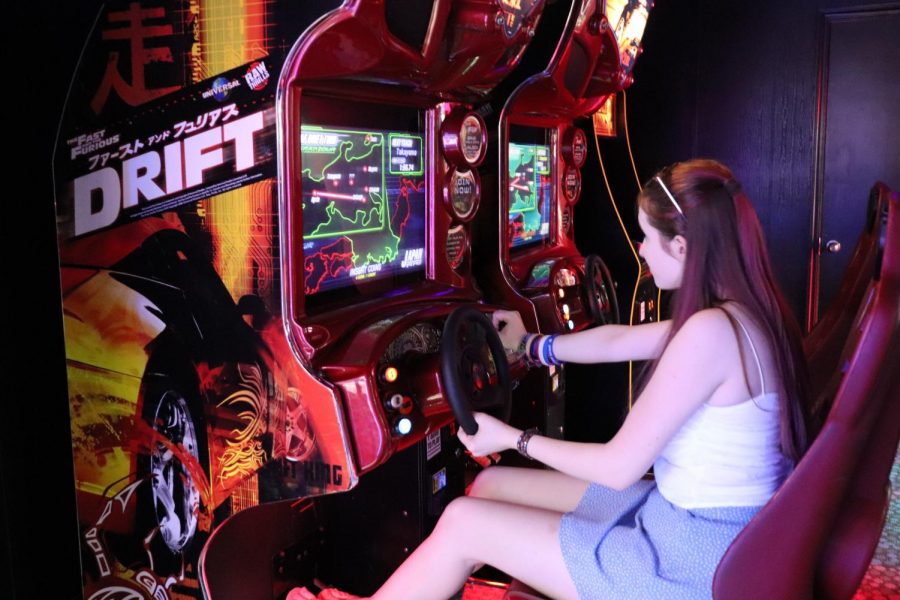 Playing an arcade game, Jefferson alumni Liana Keesing is one of many past and present Jefferson students who has an interest in gaming. With VHSL introducing esports, students will now have a chance to formally participate, with three game titles being offered. The first season of the VHSL pilot esports program will run from October to January.

The Virginia High School League (VHSL) recently established a pilot program for esports, running for two seasons during the year. The three games being offered are “League of Legends,” “Rocket League,” and “SMITE.” Students will have to pay $64 per game title, per season to participate.

Esports are loosely defined as two teams competing in video gameplay. Therefore, all tournaments and games would take place online with practices taking place in a supervised school setting. However, several people argue that esports should not qualify as a part of VHSL. Taking to Twitter, users expressed their support or opposition to the new changes in the VHSL program.

“I would have much rather had a ping pong or ultimate frisbee team in high school instead of esports,” user Parker Wood said.

Others argued that esports are a medium for students to take more of an interest in their school and activities.

“If the goal is to get kids connected to school and make them like going, then let them have their video game league. It’s as valid as any other elective,” user Hammond Eggert said.

In regards to the Jefferson community, esports could potentially enable students to channel their passion for gaming into a more traditional and structured setting. For example, students taking part in clubs such as the League of Legends Club could perhaps pool their skills and form a team. In fact, alumni Rishi Malhotra found his passion for gaming at Jefferson through playing “Melee” in the senior lounge. Now, alongside his full-time job, Malhotra is ranked 26th globally in “Melee.”

Though it is unclear as of now whether TJ will take part in esports, and who the sponsors will be, the beginning of the first season is in October, leaving about a month to find sponsors, create the teams, and prepare.

To read more about the gaming in the Jefferson community and alumni Rishi Malhotra, check out our print issues from February 2019 and March 2019 below.