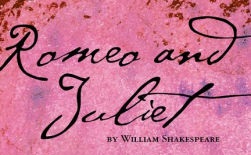 422 years ago, a world-changing play was written.

It critiqued the social situation of the time, where women had little power and children of people in power were forced into arranged marriages. The play had both new words and new kinds of humor. Romeo and Juliet was popular hundreds of years ago, and at Jefferson, it is popular again.

Freshmen are currently analysing the play by making a play. The play must be structured to make a case about what Shakespeare is arguing in Romeo and Juliet, such as whether familial or romantic love is more consequential.

“The Romeo and Juliet project is definitely a different project than I’m used to. It’s way better than writing an essay though.” Freshman Kareem Jaber said.

The play must have a frame (overarching) story. In previous years, some frame stories have been about anything from time travel to aliens encountering the Romeo and Juliet.

“I liked reading it and don’t mind acting out a scene or two, but doing it as a group project with 8 others is kind of a pain.” Freshman Jonathan Lee, who’s frame story is based on jeopardy, said.

Setting up a play requires a lot of problem solving. What costumes would be appropriate for the time period? What props would help to convey the argument of the play? Although these are challenging problems, most students are ready to enact their plays starting on Tuesday.

“[We’re] done with blocking and the set, props are almost done.” Jaber said.

The Romeo and Juliet project has been a longstanding tradition at TJ. The project also allows students to explore other unique fields, such as stage fighting and poetry.