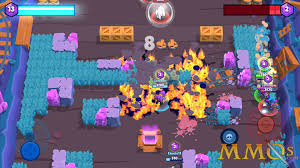 Supercell is one of the largest video game companies.

They have produced several of the world’s most popular mobile games, including Clash Royale and Brawl Stars. These games have been popular at Jefferson since their respective releases, but their following has slowly dwindled. Since Supercell is a huge company, why can’t they keep their fanbase joining every day? There are several reasons why Supercell games have lost popularity.

For one thing, Supercell has not made any major changes to its games. Other games, like Minecraft and Fortnite, are constantly changing their game play and adding new items to stay fresh. Sure, Supercell might add a new type of troop to Clash of Clans or a new character to Brawl Stars, but this doesn’t fundamentally change the way the game is played. Supercell also adds new maps, but this does not significantly alter the playability.

The best way Supercell could change its games would be to allow players to customize their characters or alter their bases by spending in-game money. This would increase creativity but keep some of the better mechanics. Staying as a top-rated game requires constant reworking and reprogramming.

Another problem is the progression of Supercell games. These games don’t follow a story line or allow for unlimited creativity. Usually, the ultimate goal of Supercell games is to have the most game trophies in the world. Most players hit a “wall” where they don’t have the skill level to progress more, and they quit. This is frustrating both to the player and to Supercell. Instead of having the most trophies as a goal, the games could have people strive to get the most kills or wins. This would reward playtime for all players, instead of just those with high skill.

In places like Jefferson, most people have access to quality PCs, mobile devices, and game stores like Steam. So, many students move on after playing a particular game for just a few minutes. This is a problem for all game developers. The only thing that keeps people on the same game is that they have friends playing those games.

So, the social aspects of a popular game are usually well-developed. Supercell games, however, don’t allow people to “1v1” or fight each other as individuals, and it is challenging to team up and send messages. Supercell should learn from other popular games like Minecraft that allowing friends to fight with or against each other is the key to success.

Of course, “game death” is inevitable. Supercell combats this by constantly churning out new games that are popular for a brief amount of time. This results in the hated “in-app purchases” essential in every Supercell game, but at least the games are free-to-play.

However, this constant production of games is not the way great games are made. Great games are original and have a lot of effort put into them. Think of games like Super Smash Bros. which are very old and still have a huge following at Jefferson and around the world, or even Tetris. These games will last forever because they are original.