Songland: The writers, not the singers. 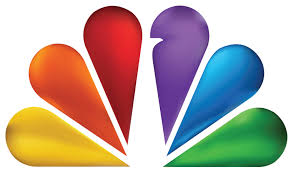 These top artists have never written their own songs. Though many more musicians tend to be both singers and songwriters, many still focus on selling their music, focusing more on vocal quality and marketability than the lyrics. Yet these three, along with many others, are on top of the heap in terms of popularity, and songwriters don’t seem to get as much recognition unless they’re also top singers.

NBC, however, has other plans. Their new show, Songland, focuses on songwriters who compete for a chance to have their song sung by top artists, some of whom include Charlie Puth, Meghan Trainor, and the Jonas Brothers.

In each episode, five songwriters perform their original songs to a panel of music executives and a top artist. Then, the artist chooses three of the five to work with, and out of the three, the artist will choose one songwriter’s songs to perform and release as their next new single.

The show, which is backed and produced by some of the biggest names in the music industry, provides a refreshing look into how a song is born. Additionally, it gives songwriters a chance to make it big in the industry instead of keeping their roles behind the scenes, like America’s Got Talent for songwriters. After all, the songs could not exist without the songwriters.

“Songwriters shape the anthems and tell the stories of each generation, and now we’re pulling back the curtain on the collaborative process and opening the door for new talent to emerge,” Meredith Ahr, president of Universal Television, said. “While filming our first episode, the excitement was palpable as we witnessed the creative direction of our panelists transform and elevate the music right before our eyes. Without a doubt, ‘Songland’ will inspire music lovers and give us all a greater appreciation for the songs we love.”