Jefferson has a new 8th period for Bible Study 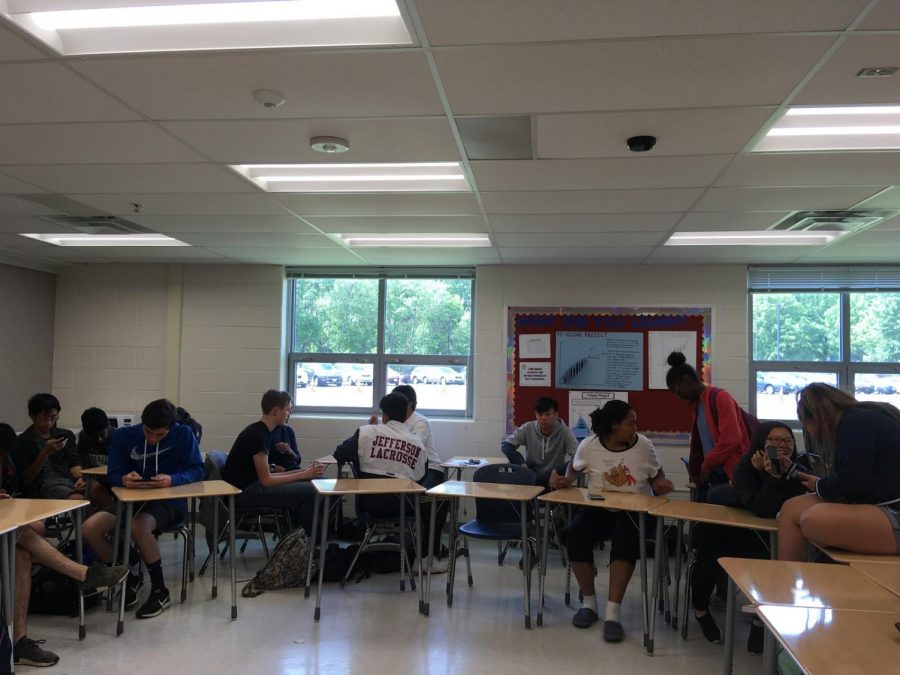 The new Bible Study club at Jefferson has meetings every Wednesday A Block, where they read and discuss the Bible while eating pizza at the end. Photo courtesy of Jordan Lee.

The many 8th periods at Jefferson accommodate the variety of interests of different students. Moviegoers can go to the Awesome Association. Programmers can go to the Code++ club. Christians have the Fellowship of Christians club, and now, Bible Study.

Earlier this year, Mr. Choi, a Math teacher, and a couple of students started Jefferson’s first Bible Study 8th period, which meets every Wednesday A block.

“One day, Mr. Choi who pulled me aside and asked if I was interested in starting it up last year with a senior. At first, I was hesitant but I got encouragement from my church community and decided it was a good opportunity to strengthen my faith and spread the message,” junior Jamie Lee said.

As an idea that started at the beginning of last year, the club finally took fruition in February. During each meeting, students split up into 2 groups and they read a chapter from the Bible around a circle. Afterwards, they spend time discussing the passage and analyzing its meaning.

“Right now, we are reading the Gospel of John and going through a chapter every meeting. We chose it since it shares most of the fundamental beliefs about who Jesus is and the life He lived,” junior Sihun Kim said.

In the end, pizza and snacks are served, which attracted a lot of newcomers to the club.

“When news spread about us serving pizza, a lot of people began to come since food always attracts people,” Kim said.

The club continues to go on as students gather together to go deeper into their faith and look into the source of it.

“Overall, our goal is to form a stronger understanding of the Bible and learn new things about it every meeting, seeing how we can apply it to our daily lives” Lee said.