The Meaning of a Meme: The Story of the TJ Memers Facebook Page 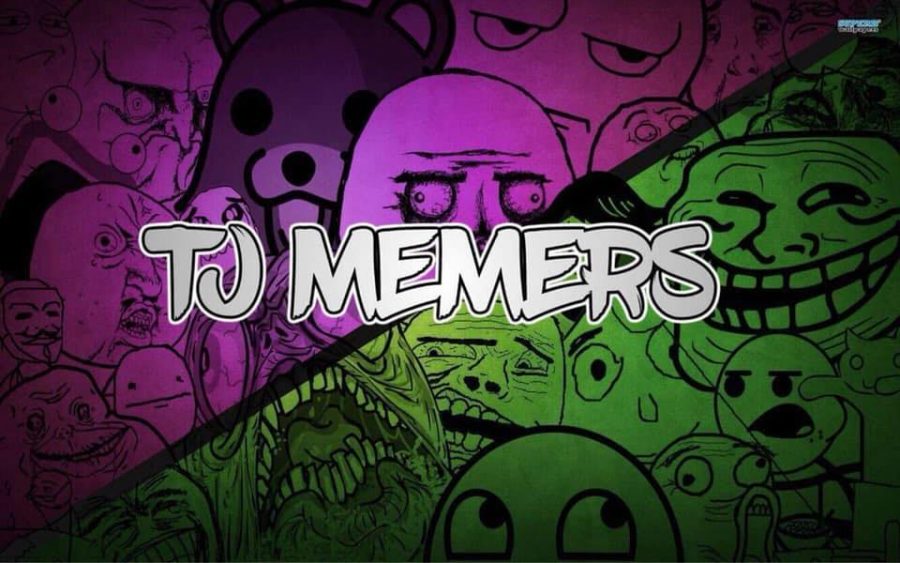 A picture tells a thousand words.

But memes made by Jefferson students tell more, about everything from social life to the robot project. The TJ Memers Facebook group allows students to share all forms of funny media, whether the content originated from Jefferson or from online. But the group is about more than that.

“I initially started it as a way to make new friends, and I didn’t see an active and popular meme group for Jefferson already, so I wanted to spread the culture of the thing I love the most.” Carboo said. “Eventually, TJ Memers became so big, that it started to become a normal lifestyle for me and other students.”

The group has a larger purpose than just memes – it also provides stress relief.

“I feel like TJ Memers has helped students relieve stress and have more enjoyable times in Jefferson.”

Carboo said. “The memes bring us together with a common interest to lift our spirits and cheer us up from all those bad test grades and non-stop studying.”

TJ Memers has grown dramatically since its creation at the beginning of the 2018-2019 school year to become one of the most popular Jefferson Facebook groups. It now has over 500 members, with students from every grade level.

“I didn’t expect the group to become this popular. I thought it would gain some traction such as like 100 members or so but I never knew it would grow to such a large amount of people.” Carboo said.

Although TJ Memers is mainly composed of Freshmen, Carboo hopes to expand the group’s popularity to other classes.

“I feel that is Freshmen right now have the greatest spirit in Jefferson and that for now we are more ecstatic. That could change once we go into future years but because of this we are more active and love to see the bright side of things, which makes TJ Memers perfect for freshmen.” Carboo said.

The group is especially interested in recruiting rising freshmen from the class of 2023. Just as it has relieved stress for current freshmen, Carboo believes TJ memers will help the rising freshmen as well.

“I’m planning on inviting members  of the class of 2023 once the new school year starts because I think his group is a great coping mechanism and gives stress relief.”

Some students disagreed about whether TJ Memers should center on all memes, or just on Jefferson-focused memes. The group supports all forms of memes, however.

“Everyone should be able to share their memes, no matter what they are.” Carboo said. “We did the argument on the note that all types of memes are allowed, although memes that are Jefferson related will obviously be more liked.”

Carboo believes the group will always be a safe and fun place to post memes, and that there won’t be any problems with inappropriate content. However, the group’s rules state that administrators can remove people who post offensive content.

“I don’t think there will ever be any real problems [with posts] because we’re smart, and we’re not going to post or say any bad stuff.” Carboo said. “I don’t think there has ever been a case of any major issues in the group, other than the big debate of what kind of memes should be on it.”

The group has hundreds of posts, and there are often several posts per day. Carboo believes Jefferson has a good outlook on memes.

“Almost everyone I know participates or is up to date with current meme trends. I can’t walk anywhere in school without noticing some sort of meme.” Carboo said. “That could also be because I’m a walking meme.”

Although Carboo has no plans to create new, related groups, he wants to continue with the groups mission to ease the stress of Jefferson, start friendships, and have fun.

“I feel like TJ Memers has allowed people that do not know each other in real life to have bonds, increasing their happiness in general.”