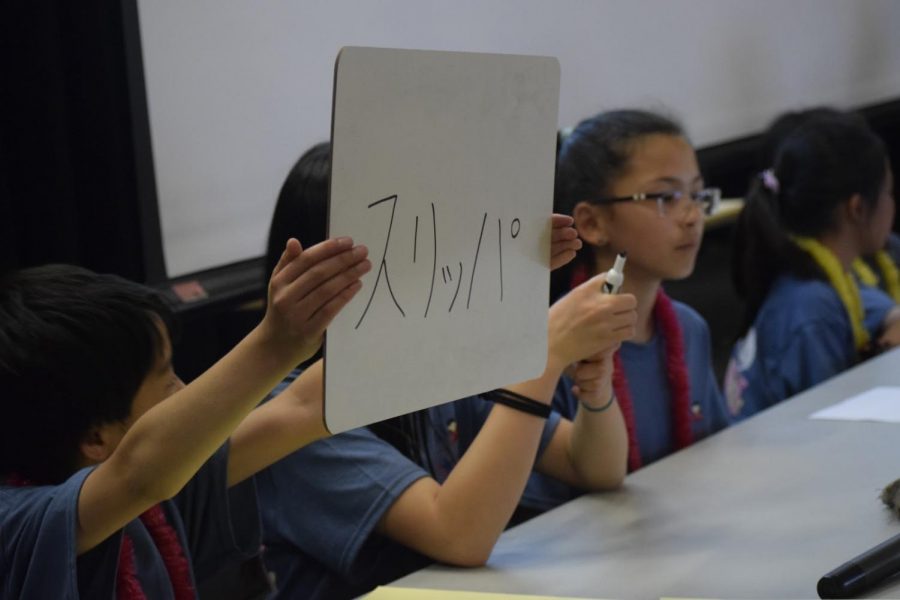 A student competing in the K-4 division’s championship round holds up their answer for a toss-up question.

Jefferson hosted the third Mid-Atlantic Junior Japan Bowl, a Japanese language and culture competition modeled after the National Japan Bowl for elementary and middle school students in the DC Metro area. Students from five different schools and one Japanese center competed in three separate divisions. The competition occurred on May 10, 2019.

The two elementary divisions for upper and lower grades had a preliminary and final round. However, this year marked the creation of a middle school division where three middle school teams competed in one championship round.

“We found about the middle school division late, so we had to work a lot after school,” Cooper Middle School Junior Japan Bowl team member, seventh-grader Claire Kim said.

“Although I’m not super surprised that they didn’t have [the conversation round] in Junior Japan Bowl, I just felt like they were missing a key part of learning Japanese,” Level 2 team member, sophomore Richik Haldar said. “I think a big part of the actual event [the National Japan Bowl] was that you’re testing your knowledge of Japan, which means you should also be testing your knowledge the actual language and being able to communicate.”