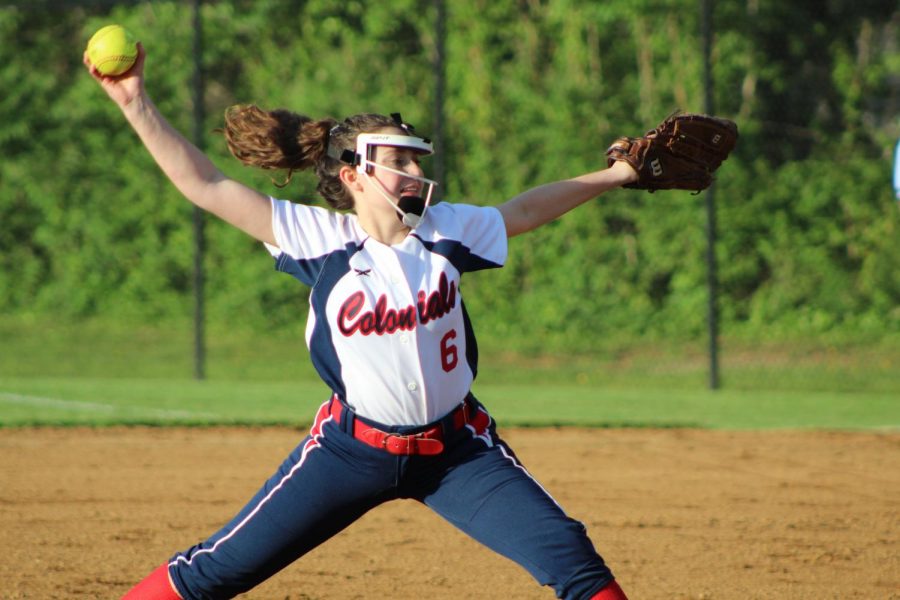 After walking the leadoff hitter from Wakefield in the top of the second inning, sophomore Alexandra Friedman winds up for the pitch to strikeout the Warrior’s next batter. Though Jefferson was up 4-2 in the first and second innings, the Colonials quickly lost the lead after Friedman allowed a string of doubles and soon found themselves down 4-6.