With stunning visuals and a bittersweet plot, Endgame had us laughing and crying throughout. 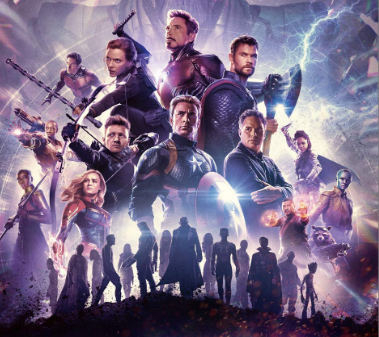 *This review does not contain spoilers*

The long-anticipated movie, “Avengers: Endgame” released on April 26, 2019 and has already made a smashing $1.2 B during its opening weekend. With “Avengers: Infinity War” leaving Marvel fans devastated by the deaths of many beloved characters including Spider-Man, Black Panther, and Doctor Strange, the global audience has been looking to “Avengers: Endgame” to make amends.

Marking the conclusion of 10 years of Marvel films, “Avengers: Endgame” had to find a way to tie all the loose strings in the MCU, live up to the hype, and close off 21 preceding films. With the movie being the longest in the MCU, clocking in at 3 hours and 1 minute, it would need to keep audiences captivated throughout. After watching it, we were not disappointed.

The movie was an emotional rollercoaster. Throughout the entire 3 hours, it kept us at the edge of our seat. There were points when we were laughing, excited, mindblown, and even crying. Just like most Marvel movies, the film, for the most part, was able to balance humor and seriousness, being hilarious and epic at the same time.

Steve and Tony, whom we haven’t seen interact since “Captain America: Civil War” in 2015, shared a dynamic relationship in “Avengers: Endgame,” complete with comedic outbursts and emotional, heartfelt moments. We also get to see team spirit being revived with the reunion of the original six Avengers plus newer additions.

The on-screen chemistry of the actors was evident throughout the film, as their character portrayals flowed so smoothly together. Since Marvel Studios wanted the film’s plot to be kept as secret as possible, almost all of the actors weren’t allowed to read the entire script. Acting while knowing only their own scenes and lines without a complete context must have been a daunting task, but the actors and actresses did a great job of making their emotions seem authentic. Their performances got us laughing and crying all throughout.

Even though the trailers don’t reveal much footage of the film’s key scenes, the special effects in them were amazing and there were some visually stunning scenes that gave us goosebumps. The special effects make it a movie you definitely should see in theaters rather than wait for the DVD release.

Before going to watch it, if you haven’t yet, it’s important to come in with zero expectations. To have the best experience, try to avoid any spoilers on the Internet, but make sure to catch up on past content. Since the movie involves so many characters and story arcs, it won’t make sense if you aren’t familiar with the MCU. You can watch recap videos online, and we especially recommend watching the post-credit scenes of “Ant Man and the Wasp” and “Captain Marvel.”

Overall, the movie took Marvel fans through a roller coaster of emotions while paying homage to the characters that made the franchise what it is today. At the end of the day, “Avengers: Endgame,” isn’t just a movie. It’s an experience.