Avengers Endgame: What the record breaking end to the original Avengers means in the MCU 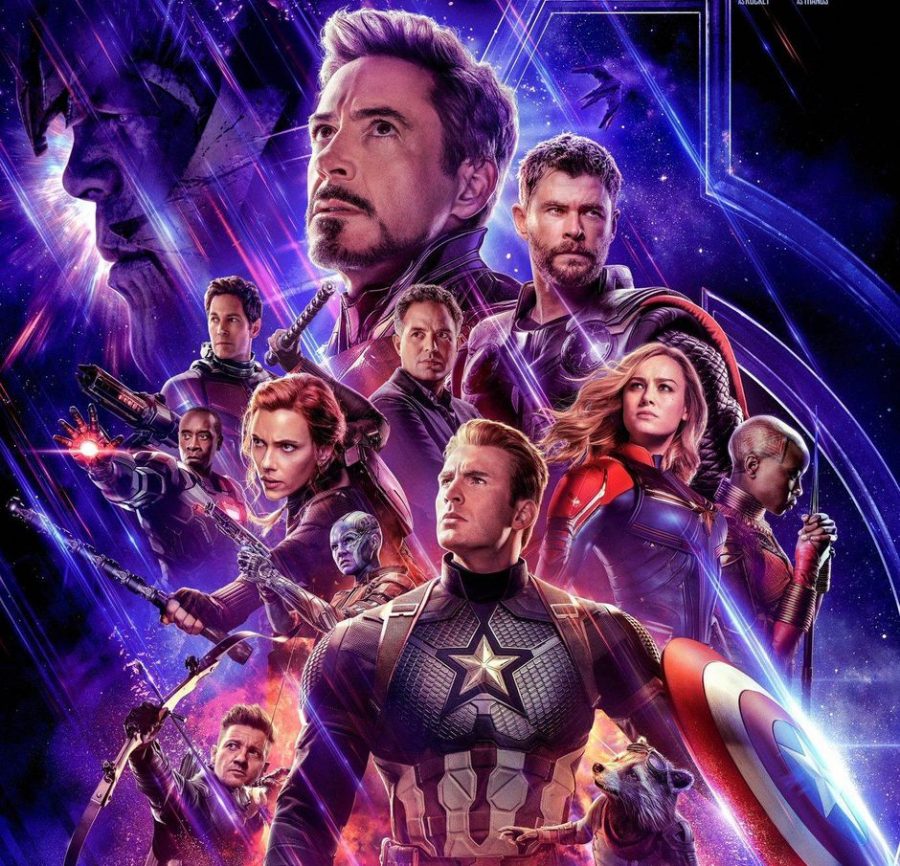 With everything that happened in Endgame, our heads are still spinning. What does any of this mean for the MCU?

DISCLAIMER: This article contains spoilers. Read at your own risk.
$1.2 billion worldwide.

18th largest grossing of all time.

In just five days, Marvel’s Avengers: Endgame shattered a shocking twelve box office records as of April 29, 2019. It could be the 5th movie to gross over $2 billion ever, a title held only by Avengers: Infinity War ($2.048 billion), Star Wars: The Force Awakens ($2.068 billion), Titanic ($2.187 billion),and Avatar ($2.79 billion). Critics say that even though most movies experience a slow in box office sums after the first two weeks, the buzz around Endgame will keep it running strong and may even allow the movie to dethrone the current leader in total revenue, James Cameron’s Avatar. Some even project a $3 billion total, but it’s too early to tell yet. But that doesn’t change the fact that in five days, Endgame grossed more than Aquaman and The Dark Knight grossed in their entire runs.

It’s a record-breaking end, sure, but in the Marvel Cinematic Universe (MCU), what do the main developments of Endgame entail? Let’s check them out:

Here’s the scene that had me sobbing- Tony Stark dies a heroic death after taking the Infinity Stones from Thanos and using them to dust him and his army. But he just was settling into life with his wife and daughter, and hopefully a healthy relationship with Peter Parker (aka Spiderman). Iron Man was essential to the Avengers, but so was his death.

What’s its significance? Peter Parker now has to live through the upcoming movie, Spiderman Far From Home, without his billionaire playboy philanthropist mentor. And since Far From Home is the real end of Phase 3, not Endgame, the pain will still be fresh. Meaning that, in the Far From Home trailer, the sight of the Spidersuit reminds Parker of who he’s lost. That when he fights Mysterio, he will have to do it without guidance from his mentor. The loss adds so much significant emotional depth to Parker’s actions and reactions.

Another thing: Black Widow, aka Natasha Romanoff, died while retrieving the Soul Stone from the planet Vormir. As a skilled assassin and the one who spearheaded recovery efforts in the first five years after the Snap, Romanoff was an important part of the team. Her life before S.H.I.E.L.D. and the Avengers will be further explained in an unconfirmed new standalone movie, and her death will most likely echo in the next movies, such as those of Phase 4, and most strongly with Clint Barton (Hawkeye) who she died for.  Speaking of which…

Hawkeye’s getting his own TV show! Our favorite archer turned edgy crime vigilante will soon have his own Disney+ show, in which he will most likely train a young apprentice (either his daughter or Kate Bishop from the comics) in the ways of archery and create a new superhero. The survivor’s guilt and necessity to honor Romanoff’s memory will be strong motivators for Hawkeye during the show and later on in Phase 4.

Bruce Banner? He’s combined the strength of his gamma radiation monster form and the intelligence of his human form into one being, which is slightly unsettling at first but quite entertaining throughout the movie. Since Stark is dead, Banner will become the brains of the operation (which is no surprise, considering the number of PhDs he has), but might also be “the guy in the chair,” as Ned Leeds puts it in Spiderman: Homecoming. If Hulk stays behind the scenes during Phase 4, Marvel fans will be losing a ton of great action scenes and missing their favorite green man out of the battlefield. Let’s hope there’s more HULK SMASH in the future of Phase 4.

Banner and Stark aren’t the only originals affected heavily by the events of Endgame. Steve Rogers, aka Captain America, fought bravely in Endgame, helping to inspire the rest of the reluctant superheroes to rejoin and slaying with his acting skills in the past and his fighting skills in the present (wielding Mjolnir? Uh, yes!). After the war ends, he did what he wanted to do his whole life: he returned to the 1900s to be with the love of his life, Peggy Carter, and live out the rest of his days with her. He returns to the present and gives his shield to Sam (Falcon), who might assume the role of Captain America later on.

Also assuming a new role is Thor. Keeping a superhero in a decrepit state is an unusual move for Marvel movies, but it rings true with Endgame. Thor is wallowing in the pits of despair, overweight, drunk, and reduced to threatening kids playing Fortnite. A visit to his mother in the past and the retrieval of his hammer, Mjolnir, at the same time would have been a good time for the Russo Brothers to turn it around, but there was no big moment like in Infinity War. Thor stays overweight and drunk. But after the battle with Thanos and his army, his honor is much more noticeable. His decision to hand leadership of Asgard to Tessa Thompson’s Valkyrie shows that he knows he’s not in the best shape, but he still wants the best for his people. And joining the Guardians of the Galaxy? Bold move, but I don’t think Star-Lord’s going to let it last. There’s definitely going to be some back-and-forth in Guardians of the Galaxy: Volume 3 as Thor and Star-Lord struggle for leadership.

As for the Guardians, well, Volume 3 is going to be interesting. The Gamora that loves Star-Lord no longer exists, but we still have a Gamora, which means we might get to see her fall in love with him all over again. And as always, we have Drax, Rocket, Mantis, and Groot. The addition of Thor will mix things up; who knows where the next movie will go?

And one more big thing: what happens to the Infinity Stones? Will they be destroyed? What do Endgame’s developments mean for Captain Marvel, who is apparently the key to Phase 4?

Who knows where any of the next movies will go? We can only guess.