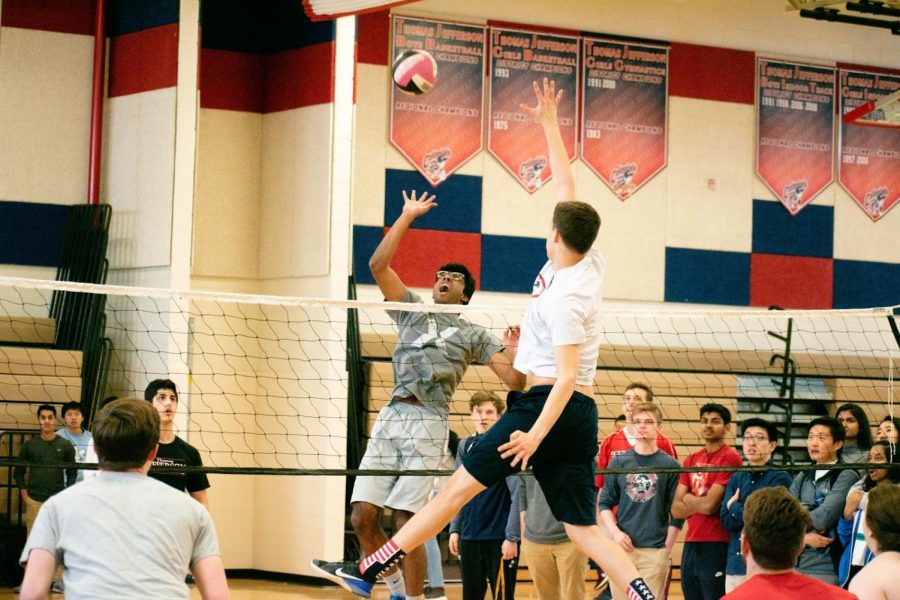 “The biggest challenges we faced were getting gym space and dealing with scheduling conflicts. There are many people we have to contact in order to get the gym and equipment, and gym use is also affected by everyone’s individual schedules,” 2022 Class Council Member Caroline Chen said.

Due to such scheduling conflicts, the final game between Blockiana and Point oh Five did not happen, so both teams were declared the winners.

“I did it last year and I thought it’d be fun to like play with friends who aren’t on TJVB,” junior varsity volleyball player Zoe Lu said.

“I thought it was really fun, especially since I play volleyball and my friends and I were looking forward to February Frenzy. My favorite part of the tournament was seeing people from all grades and teams watching the games,” Chen said.

Upcoming events include a charity drive that 2022 Class Council is currently organizing for the National Coalition for the Homeless, and the freshmen lock-in which is coming up on May 5.