The premiere of Jane the Virgin Season 5 has been released, and as the last season, all our questions will finally be answered 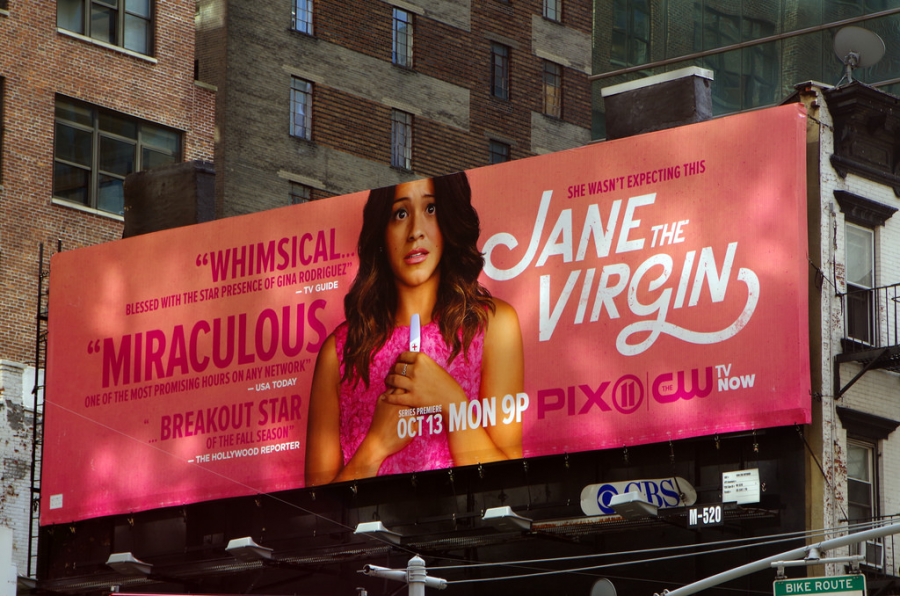 An ad for Jane the Virgin, the telenovela we weren't ready for

After 340 days of waiting, we were finally granted the premiere of the last season of Jane the Virgin, and if you’re like me, you were just counting down the days until it’s release.

But first, a little recap of the cliffhangers they left behind during the season 4 finale. Jane walked in expecting a proposal from Rafael but instead found a very not dead Michael. In trade for information about Michael, Rose was promised the location of Luisa from Rafael. JR protected Petra and shot the unrevealed person who had loosened the bolts, resulting in Anezka’s death. Left with so many questions, we finally have answers.

As usual, the new episode starts off with an anecdote of when Jane was young. It shows Jane and her family grieving her grandfather at the graveyard, which soon transitions to her yearly visits to Michael’s tombstone; at first, she grieves for him, the pain being strokes of fresh paint, but as time progresses, her heart slowly begins to heal. This bittersweet scene leaves us with the words, “We tell stories to keep Michael alive”.

Which ironically enough, was true; he is alive.

Switching back to the present, we learn that Michael, now going by Jason, had amnesia, the perfect embellishment to this ever-surprising telenovela. Further in the episode, we get to know how this all happened; of course, the mastermind behind everything happens to be Rose. From faking his death to using electro-shock therapy causing his memory loss, she was responsible for it all.

But perhaps one of the biggest questions left behind by season 4, who did JR shoot? Unveiled by the premiere it was none other but Milos, Petra’s ex-husband. Although all these questions were finally answered, Jane the Virgin wouldn’t be the telenovela it is without leaving the first episode with many more. From the once-old threat posed on Jane and Rafael’s relationship by Michael to evilness that may blossom from JR’s heart-wrenching rejection of Petra, it is safe to say I’m not quite ready for what comes next.