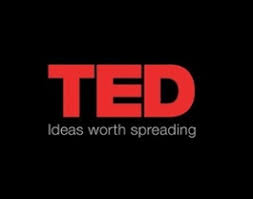 The TED logo. Image courtesy of the Weidert Group

From time to time, when I find myself with nothing to do, I’ll venture over to the Technology, Entertainment, Design (TED) website and find a few good TED talks to watch. There’s something about watching TED talks that really makes me feel like an intellectual, but the talks mean so much more. It is a speaker’s opportunity to showcase how they, in their own way, are changing the world.

Forrest Gump’s quote, “Life is like a box of chocolates, you never know what you’re gonna get,” is perhaps most applicable when it comes watching TED talks. Some are good, and some are not; some are life-altering, and others are not. Every so often, you will come across a TED talk that really sticks with you. These are the TED talks that really stuck with me.

1 – Shonda Rhimes: “My year of saying yes to everything”

In 2016, Shonda Rhimes, the creator, and producer of shows like “Grey’s Anatomy” and “How to Get Away With Murder”, gave a TED talk about the power of saying yes. Perhaps I am biased, and Rhimes’ talk only stuck with me because I am madly in love with “Grey’s Anatomy”, but whatever the reason, this talk is special. Rhimes describes how her year of saying “yes” to every opportunity changed her life, and how it impacted her home life. Rhimes, a self-described workaholic, doesn’t quite know who she is when she stops enjoying her work.

Combined with her philosophy of only saying yes, she throws the same passion into her home life that she did her work life. This talk really resonated with me because it highlights two major themes that I was unfamiliar with. Firstly, Rhimes’ talk underscored the importance of getting out of one’s comfort zone by saying “yes” to any and every opportunity you are presented with. Secondly, the talk reminds listeners that they should make time for the things that matter in life, like family. Work will always be waiting to be completed, and I think students at Jefferson often lose sight of this fact. Come to think of it, even I am guilty of losing sight of what is important.

2 – Chimamanda Ngozi Adichie: “The danger of a single story”

Chimamanda Ngozi Adichie, a Nigerian novelist, in 2009 gave a TED talk about what she called the “danger of a single story”. Adichie speaks about how it is important to maintain a holistic view of people and events rather than allowing external factors to influence our thoughts. Sure, that’s such an abstract concept that even a philosophy major wouldn’t understand it, but Adichie is just commenting on how flawed one’s perspective can be when they judge a book by its cover. Through personal anecdotes and a sprinkle of humor, Adichie demonstrates how easily daily media can manipulate one’s world view. As she spoke, I couldn’t help but think of times when I have formed opinions about people, places or things before I’ve ever worked with them.

3 – James Veitch: “This is what happens when you reply to spam email”

While the previous talks dealt with serious subjects and strived to convey a message, some talks are nonsensical. One such example is a talk given by British writer and comedian, James Veitch. Though his talk is on the shorter side, only clocking in at around 10 minutes, Veitch manages to get the crowd gasping for air as they laugh. Veitch investigates what would happen if one were to reply to a scam email. Through several exchanges, Veitch breaks the scammer, beating him at his own game. Not only is the content of the talk hilarious, but Veitch’s comedic timing and delivery are also spot on!

4 – Tim Urban: “Inside the mind of a master procrastinator”