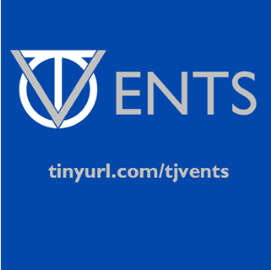 The TJ Vents page is accessible on Facebook. If you need help, contact them via Messenger or call them at 434-533-0014.

Disclaimer: To ensure the anonymity of the TJ Vents admin in this article, they were interviewed over Facebook Messenger. In addition, their name is not used anywhere in this article, and they are instead identified by the initial, ‘S.’

Even if a Jefferson student doesn’t have a Facebook account, it is more than likely that they’ve heard of TJ Vents at least once. Of the Facebook pages created by Jefferson students, TJ Vents is the most popular, with 447 more likes and and 511 more followers than the next most popular page, TJ Crushes. Even authority figures such as Ryan McElveen have liked the page because of its mission to let Jefferson students get their problems of their minds, giving them a reason to believe that they are not alone.

Jefferson students can submit their vents at any time to be posted anonymously through the link tinyurl.com/tjvents. The vents are generally posted within 48 hours of their submission. Depending on the content of a submission, one of the page’s admins will anonymously write a comment giving the author of the submission advice on how to handle their situation. In addition to receiving advice from the admins themselves, other Jefferson students can comment on these posts as well, either anonymously or as themselves. This demonstrates that the sense of community Jefferson prides itself on is even present on social media.

“I understand how sucky some aspects of TJ can be, and I want to help people make the most of it,” senior Ruben Ascoli said. “I feel like TJ has been a wonderful experience for me and I want to do everything I can to help others enjoy it too.”

According to the Pew Research Center, 7% of children ages three through 17 have some type of anxiety disorder, and this statistic is still increasing. Other studies show that 96% of teens feel that anxiety and depression are a problem among their peers. This is greater than the portion of teens that feel that substance abuse and bullying are also significant issues. The top three pressures that cause these feelings are having good grades, looking good both physically and in reputation, and fitting in socially. Since the environment at Jefferson is so academically oriented, having good grades is important to the majority of Jefferson students. The stress from academics alone can contribute to stressing about looking good in front of peers, as well as fitting in with them.

“Unlike other Facebook pages, TJ Vents showcases a very raw representation of what student life is like in high school, especially at a school that is academically competitive,” S said. “I think that’s [our] role, we try to give students a safe space to ask and write about their innermost feelings, as we find ways to alleviate the symptoms of the endemic that is overwhelming TJ.”

Every day, Jefferson students are writing to TJ Vents, in the hopes of receiving help or advice from someone who isn’t a professional. In the U.S., only around 30% of teens with depressive symptoms are treated for depression, anxiety, or similar disorders. Most students do not seek professional help either for themselves or for a friend because they want to keep their anonymity.

“TJ Vents is the most practical and anonymous way for TJ students to express themselves, ensuring that many members of their community will see it and also that they remain anonymous,” Ascoli said. “TJ Vents helps people get their thoughts down, open up and say what they need to say to an audience without revealing their identity.

Even though the TJ Vents admins are not counselors themselves, they provide immediate help for students and suggest possible courses of action to solve or treat their problems. They are very passionate about what they do, and even though the same admins will not be running the page forever, they are excited to train others to carry on their practice.

“I do recognize that one of the greatest assets a TJ Vents admin can have, is to simply be a high school student: someone who is experiencing the level of academic and social pressure circling the generation they are in, and someone who is first-hand witnessing the improvements that need to be made in their school community,” S said.