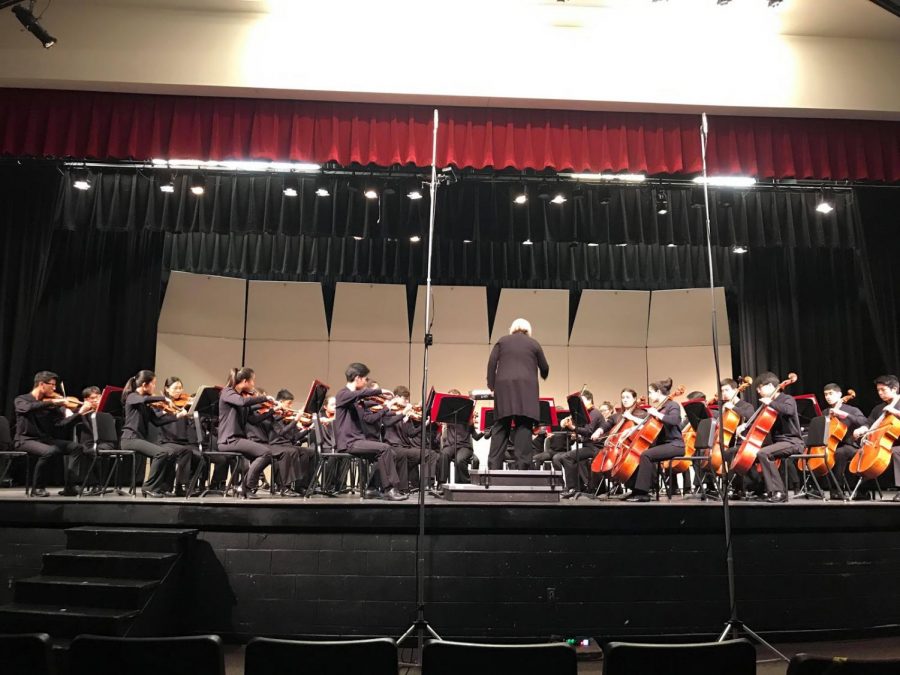 Jefferson’s two orchestras, 97-person Philharmonia and 46-person Symphonic, participated in District Assessments on March 23 at Westfield High School. Under the direction of orchestra director Ms. Allison Bailey, both Jefferson orchestras received the highest possible scores with straight ones across the board.

Orchestra students begin to prepare and rehearse for this annual event following their winter concert in January, but they reveal that the rehearsals do not differ much from regular concert rehearsals.

“It’s just the same thing: we make sure that we’re all together, that everyone’s in tune, and that we have the right tempo,” Symphonic violinist Jessica Yoon said. “The one thing that’s different is that we practice sightreading for Assessment.”

Although the rehearsing process does not differ, the stage performance experience at Assessment contrasts with the normal concert performances.

“During assessment, it can be a little nerve racking when you’re on the stage, because you know that you’re being judged and that one mistake you make as an individual can affect the entire orchestra,” Yoon said.

Once Assessment preparation season begins, most orchestra directors scramble frantically until the last day, wishing they had more rehearsal time, especially because of the snow days and delays that occur between January and March. However, this year, Ms. Bailey and both Jefferson orchestras began earlier this year.

“Assessment was a bit different this year, because I felt like we were more prepared this year,” Symphonic violinist Grace Cha said.

Although nerve racking and stressful, Assessment provides the opportunity for the orchestra program to receive validation and recognition for the yearlong hard work they pour into the lushious music that results.

“My favorite part of assessment is getting our scores, because in general, our orchestras are really good, so seeing the scores on the poster is like an acknowledgement of our hard work and efforts throughout the rehearsals,” Yoon said.