We’re in the endgame now 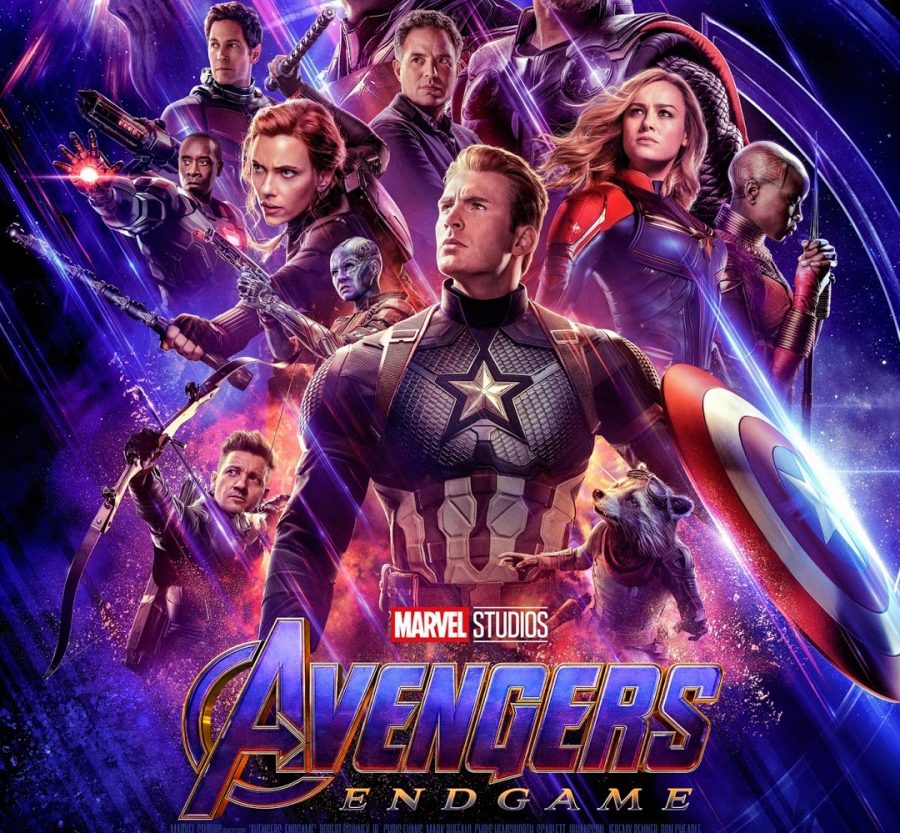 The highly anticipated end to the Avengers series, "Avengers: Endgame," will be arriving to theaters on April 26 this year. The film will tell the story of the surviving Avengers and their plan to avenge the fallen after Thanos wiped out half the population in "Avengers: Infinity War."

In 2018, theaters all over the world on April 27 were ridden with shocked audiences as they watched some of their favorite characters disintegrate on the screen. Spider-Man, Black Panther, Star-Lord, and more iconic superheroes disappeared in a matter of seconds after the deadly snap of Thanos.

This was the ending of the movie, “Avengers: Infinity War,” the third Avengers movie that would mark the end of the Marvel Cinematic Universe. While some fans were struck with grief, knowing their heroes were gone forever, others saw a glimpse of hope that things would be alright. They knew that “Infinity War” wasn’t truly the final installment. There is a second part to the story about Thanos, and it’s called “Avengers: Endgame,” playing in theaters on April 26, 2019.

For the past year, fans of the Marvel films have been anxiously waiting for the first trailer of “Avengers: Endgame.” On Dec. 7, 2018, their desires were met when the first trailer dropped, becoming the #1 trending video on YouTube in a matter of hours. Finally, the last trailer took fans by surprise when it dropped 2 weeks ago on March 14, gaining 268 million views in only 24 hours across the entire Internet. This was the second-most watched trailer ever in the first 24 hours.

“I first heard about the trailer during Lunch, so when I watched it, I was so hype. After that, I just kept re-watching it over and over again. The music was really good and the intensity was amazing,” sophomore Udbhav Muthakana said.

The trailer took fans and the Internet by storm as it showed nostalgic throwback footage from previous films and new footage that excited fans without revealing too much about the film.

“I feel like the trailer revealed everything you need to know and nothing extra. It builds a lot of hype for the film,” Muthakana said.

Even though the trailer didn’t reveal many details, there was one scene in the trailer that spoiled a plot point introduced in the first trailer to movie, which showed Tony Stark stranded in space with only a few days left to live.

“I think it was interesting that the trailer showed Tony Stark back on Earth again. It ruined the suspense of him being stuck in the spaceship, which I think wasn’t smart on Marvel’s part,” sophomore Ameen Al-E-Jalil said.

Footage of Ant-Man and Captain Marvel, a new superhero recently introduced this year in the film, “Captain Marvel,” also appeared in the trailer. Fans wondered what their role could be in the movie.

“Captain Marvel is so overpowered so I’m kind of bracing myself for the disappointment when she just goes crazy and immediately defeats Thanos without even trying, but there’s a theory that she’s going to be underpowered in the film,” Muthakana said.

Although the hype around the film is bound to attract millions of viewers around the world, it also puts a lot of pressure on the movie.

“I think the biggest problem ‘Avengers: Endgame’ has is that it can be a very good movie. However, if it doesn’t meet up with the expectations, and there’s a lot, it’ll do poorly and there won’t be good talk about it,” Al-E-Jalil said.

Regardless, “Avengers: Endgame” is one of the most anticipated films of the year and many fans will be excitedly waiting for the final installment to the Avengers trilogy.

“I’m really excited to see how they will defeat Thanos. There’s a lot of theories going around. Honestly, ‘Infinity War’ was amazing, so I think they are going to top that off with ‘Endgame’,” Muthakana said.

If you are a Marvel fan or superhero fan, make sure to be on the lookout for “Avengers: Endgame,” which will be playing in theaters worldwide on April 26.