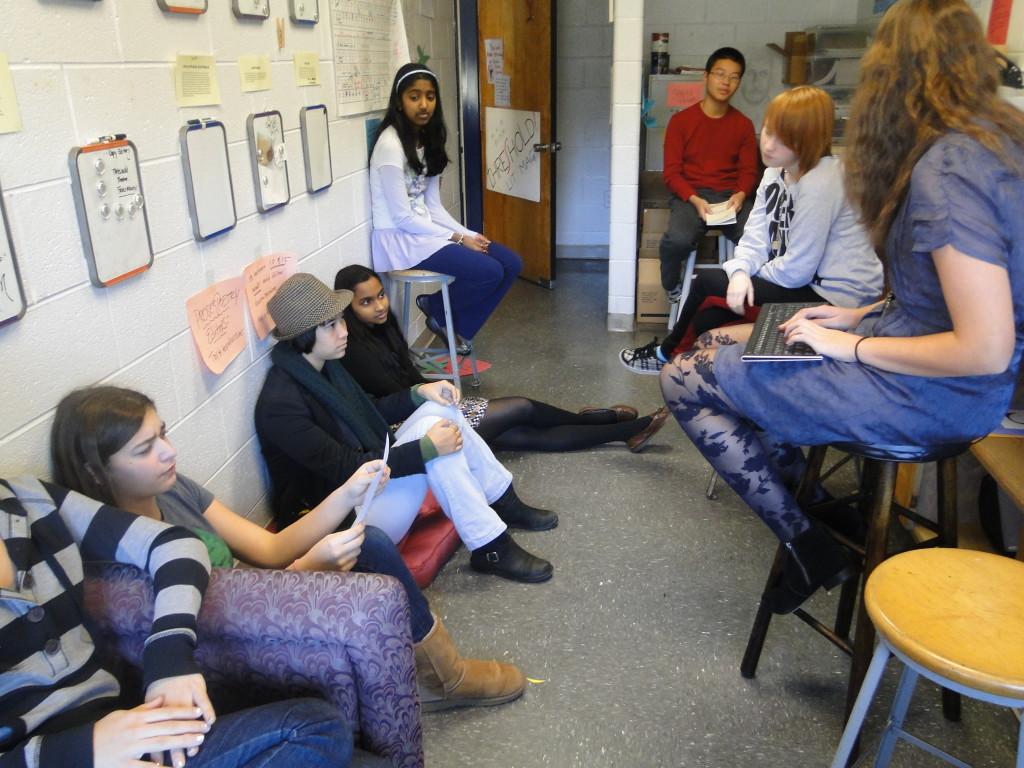 This year’s theme, “Seeds,” won the popular vote by a margin, beating other promising themes such as “Cipher.”

Members met in “The Cave,” a small room hidden to the side of Room 107.  Cushions line a strip of floor next to a wall covered with whiteboards and papers.  The brainstorming process was informal, with members throwing out any ideas they had for prompts, trying to come up with both positive and negative suggestions that would spark potential Shadwell writers’ imaginations.  Suggestions included the “Inception”  movie plot of planting an idea in someone’s mind, a Native American legend involving seeds, and of life springing from a seed.  The prompt ideas will be available to everyone once they are finalized.

Those who attend Threshold’s eighth period club are also responsible for discussing written submissions, which could be on any topic, and deciding whether or not they would be accepted for publication in the end-of-year magazine.  Submissions are just starting to trickle in, and the staff hopes faculty, especially English teachers, will encourage their students to submit their work between now and December.

“I really liked it,” said sophomore Renee Wah, “and I’m going to come back.”