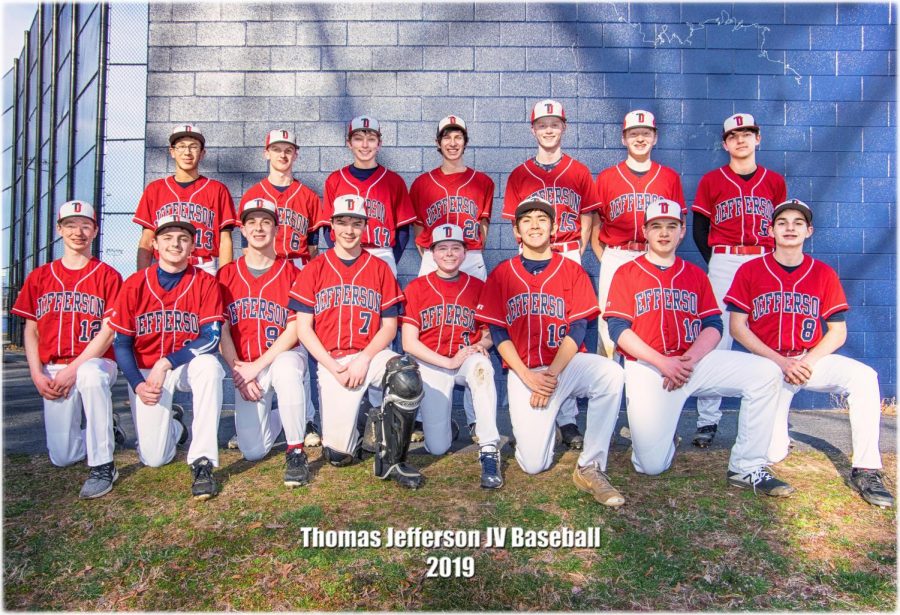 Unlike the varsity team, which does not currently have official managers, this year's JV Baseball team (pictured above) has two managers: juniors Joshua Nguyen and Grace Mak.

The air is thick and tense with anticipation at the home plate, waiting for the inevitable. The pitcher winds his arm back, and snaps the ball forward as it whizzes and whirs at a breakneck speed, and the solid crack of the bat resounds as the batter strikes the ball firmly into the outer field. Not a second is lost as he makes a break for first base, a trail of dust the only reminder of where he once was.

Many positions play an important role in any baseball game, from the pitcher to the outfielder, but many forget one of the most important – the manager, an critical force behind the team effort.

Managers play an important role behind the scenes at both baseball games and practices, keeping track of important information, ranging from game statistics to help players see their progress throughout the season or evaluate the success of a game, to keeping their timers ready during practice time trials.

“Sometimes when the coaches aren’t around, the managers will be able to help run practices and make sure that things are going smoothly,” said junior Jae Canetti, a junior varsity and varsity player. “Last year we only had two coaches, and the managers really helped us get a lot more done because they enabled the coaches to go around and spend more time giving advice, as opposed to standing there with a phone and recording various statistics.”

Managers also help bring a sense of support and team unity to the baseball teams through actions like bringing baked goods to practices or games.

“Being a manager gives me an excuse to bake, which is something I really enjoy, but I never know to who to give what I end up baking,” said current manager Joshua Nguyen, who has been a manager since sophomore year.

He finds other enjoyments in the job as well.

“I love meeting new people, like the freshmen and underclassmen; they’re so nice,” Nguyen said.

“I think the managers help bring the team together and form a bond. They help boost morale and team spirit, and because we don’t get a lot of people to come out to the games, having the managers there to always be the support and cheer us on is a nice thing to have,” Canetti said.

Because of other time commitments though, the two current managers are not always able to make it to every JV baseball practice.

“[When neither of the managers are available,] they [JV players] have to set up the equipment instead of having us set it up,” Nguyen said. “So they end up staying later as a result.”

Even with all these benefits, varsity baseball does not have any managers this year to help out with the team while junior varsity still has theirs. Some feel as though this change is good for the team.

“The general philosophy is that we always want everyone on the fence cheering on people in the dugout, and with managers it can sometimes offer a bit of a distraction. Our coaches wants the varsity team to stay focused on playing and on the game,” Canetti said.

Others have mixed opinions.

“This is probably the best team we have had in a really long time, so [the coach] really wants to have a winning record this year,” senior varsity player Eliot Liu said. “It still would have been more helpful to record statistics for the team with managers.”

Looking into the future, the usage of managers for the varsity team is still in question.

“Right now, we have a varsity player who is hurt and is keeping the scorebook for some varsity games, but it all depends on the year and the coaches. It could go either way,” Canneti said. “ I know that that JV coach loves the managers, and he will keep them around because he thinks they’re really useful. Maybe varsity will change and bring them back, although I’m not sure.”