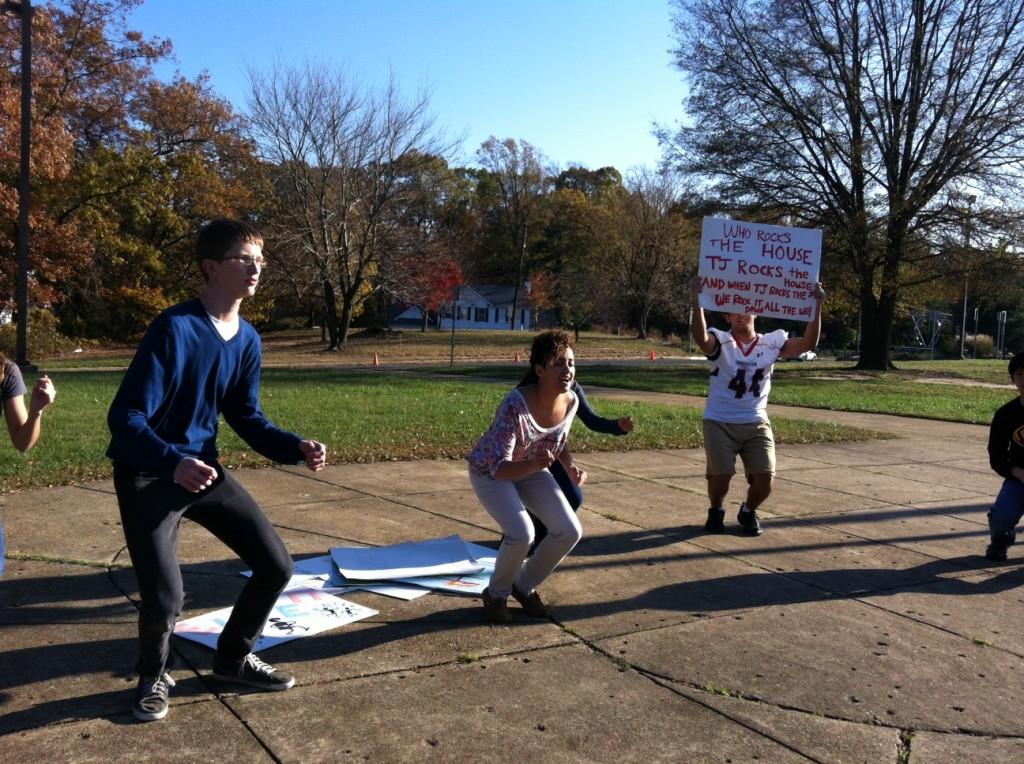 Chants of  “Rumble, quid? quid?” and “Rumble, Ita Vero!” could be heard across the building during eighth period on Nov. 12, as students from all Latin levels chanted the TJ Rumble, in preparation to attend the 2012 VJCL Latin convention on Nov. 18.

This particular eighth period block is one of the many meetings to prepare for contests at the Virginia Junior Classical League (VJCL) convention and teach all new Latin students the cheers for the spirit contest at the beginning. Cheers, taught solely by LHS officers, included some cultural aspects of Jefferson, as well as aspects of Latin and Roman culture. They are intended to be performed at the start of the convention in Richmond.

According to tradition, judges at the VJCL convention select the school with the most spirit to receive the spirit award, which kicks off the event each year. LHS officers Morgan Cheatham and John Wilkes teach chants and offer advice to newcomers in hopes for a win this year.

According to convention veterans, the highest points are awarded to schools who fully participate in Latin spirit. “So that means, guys,” said LHS officer Cheatham jokingly while teaching the TJ Rumble, “you might have to move your hips a little, but that’s OK, because it’s for Latin!”

Other VJCL Latin convention meetings will be held later this week to further prepare students for the event. Latin convention-goers plan to make spirit props and Roman costumes before the occasion during their upcoming eighth periods.