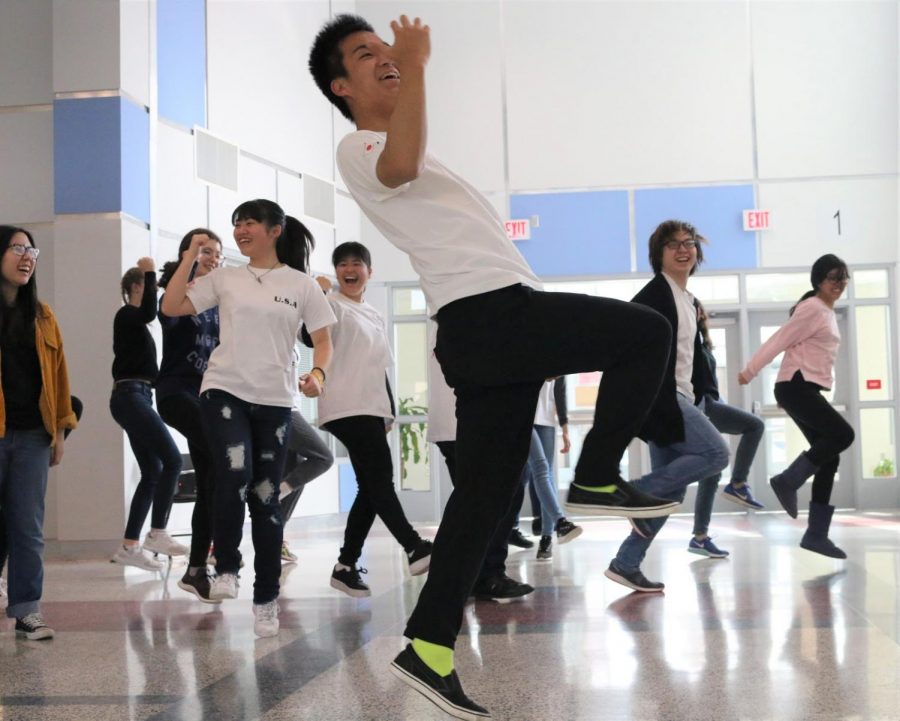 Japan is well known as the country of anime, manga, and kawaii culture, with memes such as “omae wa mou shindeiru” (you are already dead) from Fist of the North Star populating Western media. The arrival of Japanese exchange students from Chiben Gakuen Wakayama has given students the opportunity to clear up some cultural misconceptions. When asked about their thoughts on several common Japanese stereotypes, the three Chiben students Tomoki Ikoma, Masayoshi Ozaki, and Ayu Osawa had a lot to say.

Q: Do all Japanese people like sushi?
T: “Yes!”
M: “Yeah. Salmon nigiri is my favorite.”
A: “People do like sushi, but it really depends. I like to  eat sushi for special occasions, not as an everyday meal.”

Q: Are all Japanese people short?
All Three: *laughs* “Yes!”

As it was only fair, the students were then asked about what stereotypes they knew about America or what they liked the most about their stay here.

Q: What stereotypes have you heard of about Americans?
T: “Everyone speaks really loudly, and students get a lot more freedom.”
A: “Americans value freedom! Also, the servings sizes and infrastructure are much larger.”

Q: What has been your favorite part of America so far?
M: “Mountain Dew!”