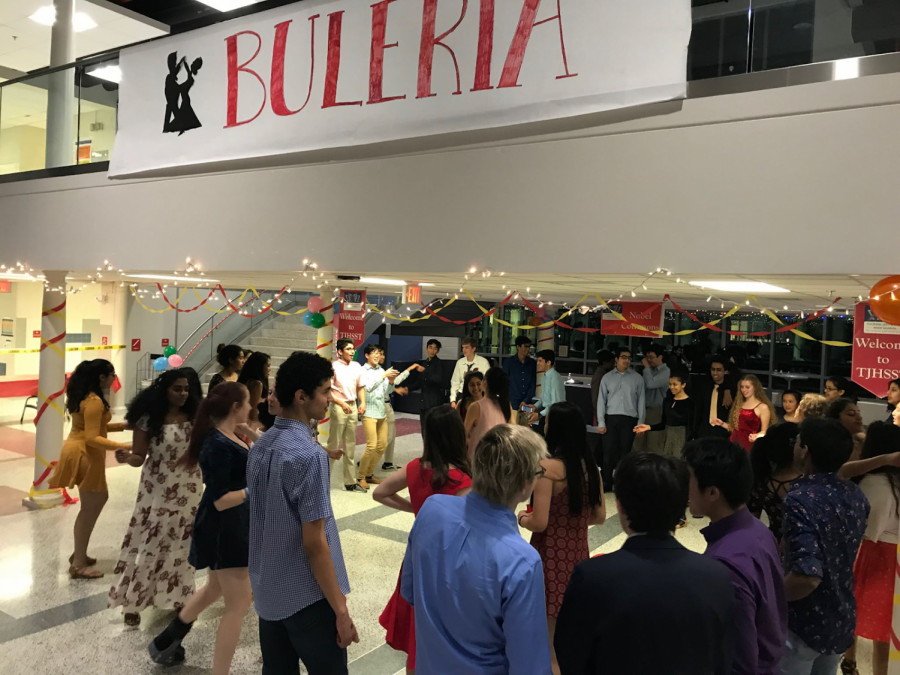 As the thump of the bass rhythmically intertwines into the melodic notes being plucked with Latin flare on the guitar, Buleria begins. Sponsored by the Spanish Honor Society (SHS) every year, the Hispanic celebration features multiple, unique experiences for any Jefferson student, whether in the Spanish program or not, to enjoy.

Many things set Buleria apart from other school-hosted events, but what students consider the highlight of the night are the Spanish dances.

“One really fun thing is that we had a dance instructor come in and he taught different types of Spanish dance, such as bachata and the salsa,” Kumar said. “It’s a really unique part of Buleria, because you’re exposed to a new type of dance, culture, and music.”

Another unique aspect of Buleria that adds to the fun is audience participation.

“One of the biggest things about Buleria is that everyone is involved in the dance and no one is left out,” Kumar said. “It’s really fun for everyone who attends, because they will dance. And even if you don’t like dancing, it’s still a fun event, because you’re with friends.”

Behind the festive, yet spicy decorations and lights, much planning goes into the event in order to make sure all attendees have as much fun as possible.

“Firstly, you don’t know how many people to expect, so it’s difficult to plan for that,” Kumar said. “Also, a lot of the SHS members bring in the food, so it’s hard to coordinate all of them bringing the food on time. There are also a lot of last minute things, like lights and decorations. It’s a lot of work but in the end, it’s worth it because there’s so much fun, good food, and dancing.”

“I love the food, but also Buleria is unique to TJ and it’s a cultural dance,” Chung said. “I think that’s why it’s special.”