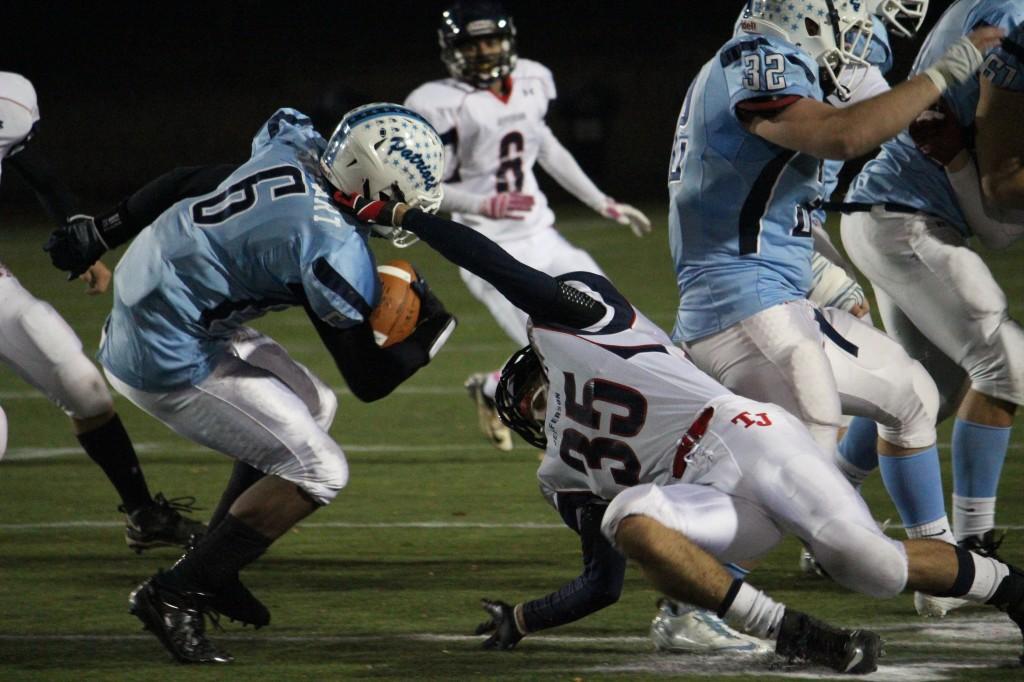 Despite the chilly weather, an excited crowd bundled up to support the Colonials in Arlington as they went up against the undefeated Yorktown Patriots in the playoffs on Nov. 9. This year marks the first time since 2008 the Colonials got to the Regionals.

Although the game ended with a disappointing loss of 37-7 and brought to an end a successful season of 6 wins and 4 losses, the Colonials had put up a fight throughout the entire game.

In the latter half of the game, the Patriots scored two touchdowns, but the Colonial defense stepped up their game and showed impressive blocking plays, preventing any more touchdowns from occurring.

Although it was evident the Colonials did their best, players were unsatisfied with the results of the game.

“It was a tough loss overall while watching all of the seniors play their last game,” freshman Nick Lemanski said. “They battled through the highs and the lows all season long and really accomplished a lot. It was a great experience, and I will cherish these past three months with this set of guys for the rest of my life.”

Afterwards, the team gathered for an emotional moment, saying goodbyes to the seniors.

“We had a great season this year, and I’m really proud of everyone. It was a really tender locker room afterwards, lots of tears, lots of hugs. We’ll all miss the sport dearly,” senior Robby Vasta said. “I’m glad we put together a playoff-caliber season, but a playoff win would have been awesome.”

The coaches, however, were still extremely proud of the Colonials this season for even making it to the playoffs.

“What they do is amazing,” head coach Kenneth Kincaid said. “Tonight was a tough night. We played a very good team, but it didn’t diminish what we accomplished this season.”