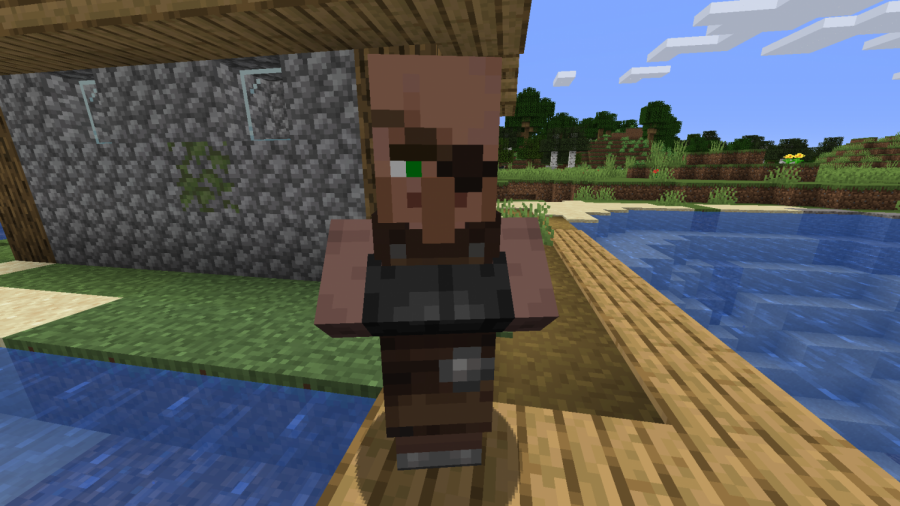 An “eyepatch villager”, one of many artificially-intelligent entities in the video game Minecraft, roams through its village. The villager is one of many tweaks to the popular game in the upcoming update known as Village and Pillage.

The scene of popular video game Minecraft is about to change. Bamboo will cover vast sections of the computer-generated terrain. A host of new animals, including the one and only panda, will roam the landscape. And, building is about to become a whole lot easier.

For those who are unfamiliar with the game, which currently has about 90 million active players every month, Minecraft allows players to build and explore worlds made of blocks. There are options to play solo or with others on servers. Fans from around the world cheered when Minecraft game developer Jeb Bergensten announced a new update for the game during its official convention, MineCon Earth 2018. The update, known as “Village and Pillage”, is currently in development but can be accessed as a “Snapshot” in the Minecraft launcher.

When I created my first singleplayer world with the update installed, I was greeted by heavy lag as the world loaded (this will hopefully be fixed when the update is released). When the lag cleared up, however, I was struck by the improvements to the game’s graphics. Leaves, terrain, and other blocks had much more detailed textures.

One of the main changes advertised by the update is the modification of villages, which are structures generated in the game that contain “villagers”. Villagers are AI-controlled entities that offer trades and slightly resemble normal players in their actions. There will be more variations of villagers, with different abilities and unique looks (eyepatches, for instance). Villagers will be able to use “workstation” blocks that match their jobs in the village (i.e. shepherd villagers can use looms).

The update also adds bamboo jungles, which contain pandas. These pandas can have many personalities, including “playful”, “worried” and “lazy”. Foxes are another animal which will be added to the game. A new block called “scaffolding” will make building easier by making climbing structures more efficient.

These are only a handful of changes the update will make, and it will take months for even experienced players to get used to. But the update adds entirely new mechanisms and terrain that provide an exciting challenge to master, something Minecraft has always been successful with. And who can resist pandas or villagers with eyepatches?