Oceanography class’s turtle has been found 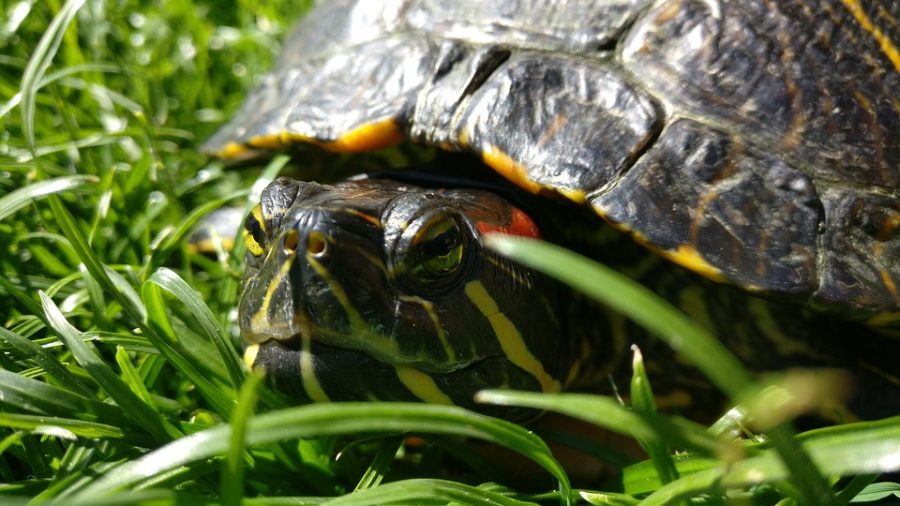 This is a red-eared slider, a turtle of the same species as Ollie the turtle.

Ollie the turtle, who went missing a week and a half ago, has now safely returned to his home in the oceanography lab.

No one knows how Ollie escaped his tank. Students had originally believed that the tank had overflowed and the turtle had crawled out, but the low water level in the tank disproved this theory.

Senior Mehran Sajjad, who first posted about the missing turtle on Facebook, was fueled to do so by her personal connection to Ollie and the other turtles.

“I’m not working with turtles this year, but I did a yearlong project with them last year. Sometimes, I had to feed and take care of Ollie,” Sajjad said. “He’s like the oceanography lab mascot and I was afraid we wouldn’t find him.”

Because Ollie had gone missing for two weeks during the 2017-18 school year as well, Sajjad was told by Dr. Stickler, the oceanography teacher, not to worry as much, as the turtle had returned safely then.

The turtle has now returned to his tank in Room 2.