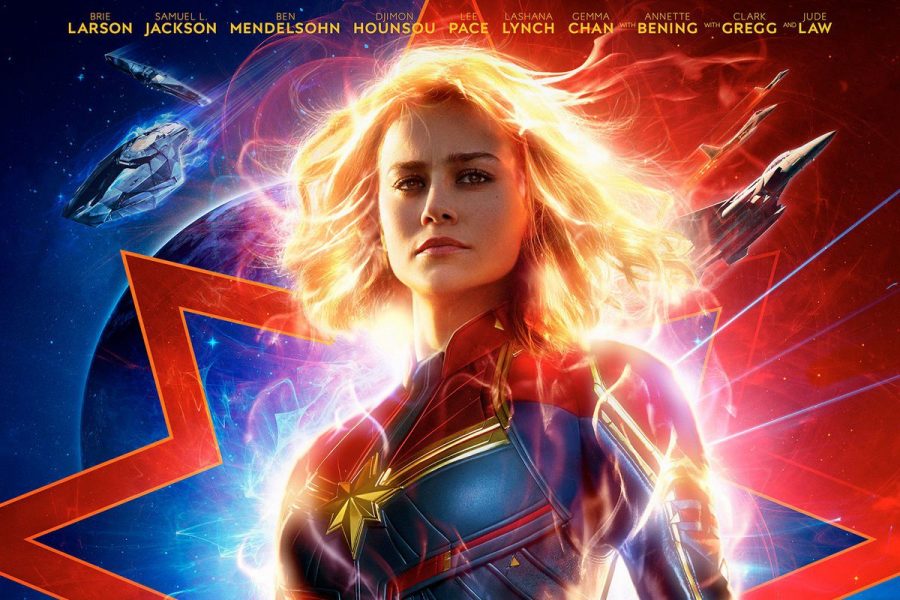 “Captain Marvel”, the latest film installment in the Marvel Cinematic Universe, will be released on March 8, 2019. The film will focus on the eponymous heroine, who is considered one of the all-time most powerful superheroes. The former air-force pilot’s abilities range from flight to energy manipulation, and this blockbuster is the latest to have a powerful female character, continuing the legacy of films like “Star Wars: The Last Jedi”.

Unfortunately, as with other films with strong heroines, Captain Marvel has received negative attention from online trolls. On film review site Rotten Tomatoes “audience score” for Captain Marvel dropped 42%, possibly due to Captain Marvel actress Brie Larson’s statements about the lack of diversity in film journalism. Nevertheless, Jefferson students are generally excited for the film, and disagree with the online trolls’ belief that Larson is anti – white male.

“I think the controversy is unjustified,” freshman Chiraag Govind said. “Brie Larson’s comment about the movie’s target audience is true. Movies are made specifically for a certain audience. Brie Larson was just stating that fact. Taking offense to that just means you aren’t interpreting it right. If you don’t like that movie don’t complain about it. Especially if you aren’t part of the target audience.”

However, some have expressed concerns about the plot and character of the film.

“Gradually the powers of superheroes have been increasing and that means that it’s just been a competition of which villain can become more overpowered,” freshman Franco Scartascini said. “Then there’s Brie Larson herself, people just don’t see her as a superhero. She doesn’t give off the vibe and she doesn’t do “superhero things”. Lack of smiling for one and the scene of her hitting an old lady isn’t superhero like even if we later find out it’s a villain.”

Regardless, the movie has not yet been released and there can only be so much speculation. As with all films, we can’t know whether “Captain Marvel” is good until we’ve seen it on the big screen.

“We’ll have to wait and see if the movie really is good.” Govind said.