From Essays to Algorithms 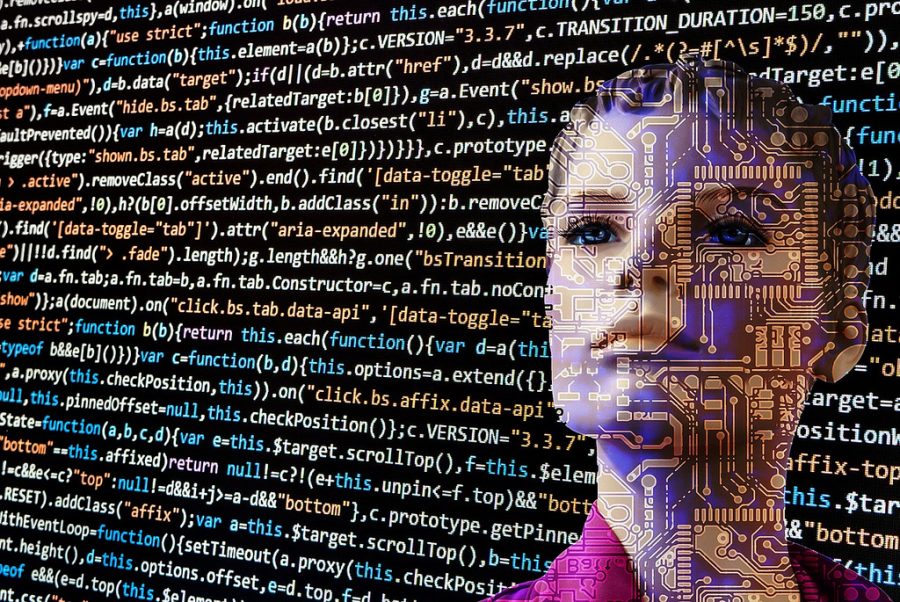 AI is already powerful enough to beat human computations. Will computers take over the humanities next? Photo courtesy of 6eotech.

Harvard and MIT’s joint nonprofit online platform for education, EdX, released a new type of artificial intelligence (AI) in 2013. This AI supposedly has the power to grade essays online at the same level as an english professor.

The president of EdX, Anant Agarwal, advocates for the use of this AI, claiming that it would offer advantages over traditional grading. Such advantages include receiving a grade and feedback immediately, allowing for students to correct their mistakes for a higher grade and giving teachers more time to do other work.

Despite the benefits of having an AI grading papers, when asked if they would be willing to have their school essays graded using artificial intelligence, most students responded negatively.

“Nope, definitely not. I think machines should only be allowed to do computational things, not subjective things,” junior Anagha Bandaru said.

Students showed resistance against the idea of using artificial intelligence stemming mainly from the doubt that AI could be at the level where it could comprehend more than concepts set in stone by humans.

“I think it’s good for grammar checks and organization, but I don’t really think it could check for valid opinions, arguments and persuasiveness. So you could use it to check for grammar but to see if the argument makes sense, then a person would still have to read it,” junior Rachel Fernandes said.

It seems that technology is advancing faster than most students are expecting it to. It had never occured to many students that one day their school essays could be graded using AI.

“I’m not sure if I have a concrete opinion on this since I’ve never actually thought about this happening, but I guess it makes more sense that a teacher should read it because you’re writing it, but also up until today, I don’t think AI would perform this task very well,” senior Ritika Shrivastav said.

Others have different reasons as to why AI’s shouldn’t be used to grade essays at Jefferson – or anywhere in general.

“It depends on how good the AI is, obviously, but first of all, you wouldn’t be promoting like actively reading, it’s unnecessary really. It would just cause complications because people aren’t actually reading your essays anymore. The content you wrote would just be null and void,” sophomore Miranda Xiong said.

However, a few students disagree with majority of their peers and would not mind having their essays graded by AIs.

“I think that if the AI is good enough, it should be fine. Besides, an AI isn’t biased the same way a person could be,” freshman Jasjeet Sandhu said.

Although there is compelling evidence that AI just might be a better solution, Jefferson students are still skeptical to welcome AI essay grading.

“Overall, there are so many different options and things you could have that are correct but a machine can only do so much. AI is a wonderful tool but as of now, it just doesn’t have the capability to think for itself,” junior Vasavi Ayyala said.