In The Name of Love

Valentine’s Day is considered an important holiday of love by many, but is it overrated? 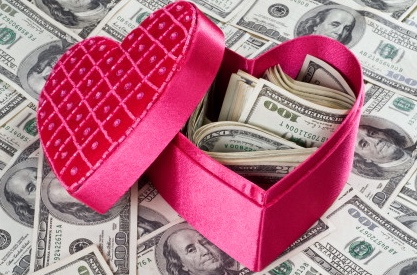 Photo courtesy of cpapracticeadvisor.com This year, the United States spent over $20 billion on Valentine’s Day, but what was the point?

We spend so much money on gifts and flowers, trying to show ‘true love’ for one day every year, but does that even mean anything? Valentine’s Day is not meant to be the single day where people have to show that they love each other, however, but that is exactly what it has become. It’s become a part of the culture to ignore loved ones until Valentine’s Day, when people finally feel obligated to show appreciation. What this day should actually be is a celebration of love that is shown year round.

On top of this, the connotation Valentine’s Day gives because of the fake meaning people have given it actually affects couples and even single people negatively. First, for couples, it puts societal pressure for each to come up with a great gift or thoughtful surprise for the other person. If what they come up with doesn’t meet their significant other’s or society’s expectations, then they are considered a bad person, which can actually put strain on many relationships because of too high standards. Second, Valentine’s Day puts an unnecessary amount of pressure on single people to find someone to be their valentine, and if they don’t, then they are seen as lonely, sad people who have been left out and are unloved.

But if the people who are supposed to be showing love on Valentine’s Day are not benefiting from it, then who is? Valentine’s Day is no longer a celebration of love, but an excuse for the candy, flower, and jewelry industries to earn money. Because of this, Valentine’s Day is not advertised as a time to show love for one another, but to buy each other gifts. It has become a sort of ‘fake holiday’ that is now only being used for financial gain.

To save what could potentially be a holiday with a lot of meaning, we need to go back to its sentimental values, not its materialistic ones. Valentine’s Day is meant to celebrate love that is already there, and is not an excuse for corporate gain and fake shows of love.