More than just a joke

Pewdiepie's mission to remain the most subscribed channel has prompted a fun race for the soul of Youtube, but have our attempts to deride his challenger gone too far? 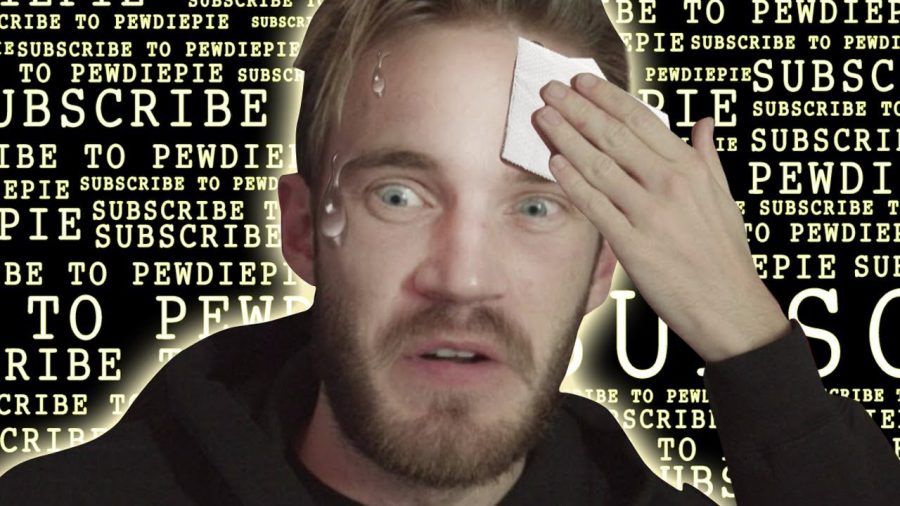 After an excess of hate comments against Indian culture, Kjellberg posted a video urging his followers to donate to an Indian-based nonprofit with the above thumbnail

On Feb. 12, the race for the highest subscriber count on Youtube took a new turn. After dominating the race for several months, Pewdiepie’s (known in real life as Felix Kjellberg) lead over Indian Youtube Channel T-Series diminished to a mere 25,000. Jefferson students posted on Facebook and implored others in real life to subscribe to Pewdiepie, who produces largely gaming and comedic content, as they hurried to avoid the dethroning of arguably the Internet’s most popular personality. And yet, after checking out the feud for the highest subscriber count for myself, I found not just a barrage of hate against T-Series, but a flood of comments ridiculing Indian culture as a whole. Given that Kjellberg is arguably the most popular internet personality, it is understandable that a challenger to his throne would be on the receiving end of a significant amount of hate. However, the race between Kjellberg and T-Series has clearly promoted anti-Indian rhetoric to an excessive extent.

A TED Talk by author Chimamanda Ngozi Adichie introduces the concept of a single story, the idea that people make assumptions of others based on just a single story describing them, and in this case, fans of Kjellberg have no doubt fallen to the dangers of a single story. In an attempt to deride T-Series as a playful service to Kjellberg, content creators, as well as fans of Kjellberg, have inadvertently ended up ridiculing not only T-Series but Indian culture as a whole. One example of this is a video by Youtuber H3, known in real life as Ethan Klein. In the video, Klein attempts to bash on T-Series as a service to Pewdiepie, yet ends up bashing on the entire Indian culture, calling T-Series’s content “Bollywood sh*t,” and describing Indian people as the “goofiest people ever.”

Klein’s video is not the only example of this trend. B*tch Lasagna, a popular music video in which Kjellberg calls T-Series a b*tch Lasagna features a lyric that reads, “But you India, you lose.” Seeing as Kjellberg is normally regarded as a goofy figure, an obvious conclusion would be not to take the lyric too seriously. However, in generalizing T-Series as a single story of India and promoting the popular stereotype that India continuously falls short, this joking lyric validates fans who feel that when bashing on T-Series, it’s ok to promote misconceptions about India as a whole.

Fans have gone from supporting Pewdiepie’s fight to remain the most subscribed channel to posting comments on videos about the feud using offensive stereotypes such as “street sh*tters,” and “Indians are smelly and dirty.” As a content creator with a relatively young fanbase, Kjellberg has not been careful enough with his actions despite his enormous potential to influence watchers of his channel. This has resulted in a flood of hateful comments attacking a whole country rather than just a YouTube channel.

Ultimately, we must take a look at what we can do to mitigate this problem. Several months ago, Kjellberg initiated a campaign to raise money for an Indian non-profit organization known as Child Rights and You to express his dismay regarding the hateful comments about Indian culture that stemmed from the feud. As the feud continues on, it is critical that other content creators following Kjellberg’s path make clear the need to avoid bashing on the Indian culture as a whole.